As has been remarked in our review pages before, the temptation for international documentary directors to make films about their grandmas continues unabated. But here, we have an especially fine one in Vladimir Léon’s My Dear Spies, where the director questions the provenance and allegiances of his Soviet-expat grandparents, who were in Paris at the time of the French Resistance. Were they still in the employ of the USSR? And in such an environment, how can one even define a spy? Would that all our relationships with our grandparents be so charged. The film premiered at last year’s Cinéma du Réel, and has just played at this June’s hybrid edition of Sheffield Doc/Fest.

We begin with a patient tracking shot following the director as he transports a dowdy little brown suitcase through the teeming Paris Metro. Tastefully ominous string music plays, the atmosphere not far from the opening of The French Connection, or Bruno Ganz’s lonely journeys in Wim Wenders’ The American Friend. This scene depicts director Vladimir bringing his grandmother Lilly Kotchetkov’s trunk of keepsakes from her life to his older brother Pierre (also a filmmaker, of a decidedly high-minded bent). This memento from the past echoes across the film in an almost “Schrödinger’s suitcase” scenario: either the letters and photographs, rife with cryptic suggestions, will confirm her grandchildren’s creeping suspicion, or will reveal the case to be a tantalising mystery box containing precisely nothing.

As ever with mystery films, even a docu-mystery film like this that seeks to scrutinise hard evidence, the journey ends up being more fulfilling and insight-reaping than the outcome. Russian on their mother Svetlana’s side, their maternal grandparents Constantin Kotchetkov and Lilly Kotchetkov become fully fledged characters in this film despite never appearing on screen in person. Their own parents fled the Bolshevik Revolution, but the family became quickly ensconced in Paris’s Russian community during the occupation and its aftermath. Rediscovered correspondence offers a row of potential smoking guns: was Constantin recruited to join the International Brigades in the Spanish Civil War? And what of Lilly’s close relationship with a confirmed German double agent operating in Vichy Paris? All of this comes to a head when the family, with their mother and Aunt Nina in tow, were deported from France back to Russia in 1948.

In a very tidy segue, My Dear Spies blooms into a beautifully shot travelogue film, as the Léons journey through modern-day Kirov and Moscow, following the steps of their elders. Conversations with friends and associates of their family fill in the details, and requests for information from the archives of French and especially Russian intelligence are mysteriously denied. What do they have to hide? This is interesting to compare with historic intelligence operations in the USA and the UK, where declassified documents are finally becoming publicly available.

Whilst true catharsis in their search is frustrated, Léon’s work in My Dear Spies deepens to become a story of the complexity of family ties, stranded between two geographic poles – which many of us can relate to, even if our ancestors were never in the service of the KGB or MI6. As Tolstoy’s maxim about unhappy families increasingly seems clichéd, here is a film where every detail makes us want to lean in, and consider the similar parallels and elisions in our own backstories.

more about: My Dear Spies 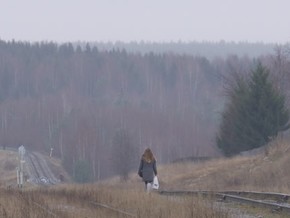 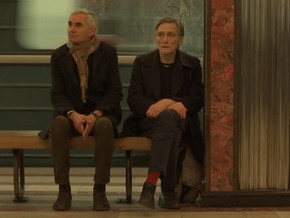 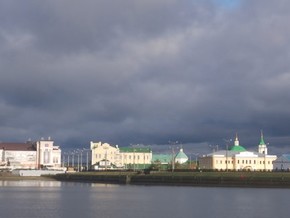