It takes a few minutes to understand what exactly is going on in Thomas Daneskov’s Tribeca-screened Danish oddity Wild Men [+see also:
trailer
interview: Thomas Daneskov
film profile], starting out like another take on Michael Chapman’s The Clan of the Cave Bear. But although Martin (Rasmus Bjerg) does seem to enjoy his fur – a lot – the illusion doesn’t last long, betrayed by an abandoned sweet wrapper. In his head, he might be on a quest to find fire, but the facts are much less appealing: Martin is on the run from his perfectly normal life, unable or unwilling to continue on as a husband and a dad. And he is getting a bit peckish.

Whether yet another story about middle-aged men who just want to be left alone is what everyone needs is debatable, but the sheer absurdity of Martin’s choices makes for an engaging watch. Instead of a new motorcycle, he gets a bow – not that he really knows how to use it – and the fantasy of being the strong, silent type, all alone in the Norwegian wilderness, quickly judders to a halt. He is still hiding his smartphone, the poor sod, and once hunger strikes, he heads straight to a local petrol station, offering his axe in exchange for some groceries. Needless to say, nobody wants it. Needless to say, he isn’t happy.

Then again, Martin’s delusion is frankly next-level. Tired of his daily responsibilities and chores, he would rather revert to a childhood fantasy, but that doesn’t go smoothly either: it’s a struggle between who he would like to be, as a man, and who he really is. Every time reality hits, his disappointment grows bigger. One car crash and some DIY medical procedures later, he finally gains a companion: the seriously injured Musa (Zaki Youssef), whose bag full of cash should probably have raised some questions. It’s funny that for someone who refuses to open up to his wife, once Musa enters the picture, Martin seems to be talking non-stop, even though his listener is clearly still bleeding. Soon, local cops are on their way, too – although the epically self-centred Martin still thinks it’s all because of his petrol-station fiasco.

Once the unhurried chase begins, the whole thing fizzles out, leading to a climax that may just as well have played in slow motion. But while not terribly deep, it’s a fun, slightly Coen-ish little universe that’s introduced here, the kind where running after criminals is seen as a nuisance, not an adventure, and the only police dog in the area is never at work. As for the female characters, well, they don’t get that much attention: they are clueless, nagging their partners into making bad decisions or blissfully dead, clearly the only act which will finally earn you respect. They are the “responsible ones” again, as if that was ever any fun, stuck taking care of the kids and their pet rabbit. Here’s hoping they will be heading into the Norwegian wilderness next. It’s about time.

“Boys are raised not to talk about their feelings”

Created by Kim Fupz Aakeson and commissioned by Danish pubcaster DR, the project will see Michael Noer and Frederik Louis Hviid at the helm

Other winners at the 18th edition of the Icelandic festival included Zinder, Wild Men and Clara Sola

Unspooling 25 September - 2 October, the 12th edition of the Bari Film Festival boasts 12 international titles in competition and a total of eight Italian works in world premieres 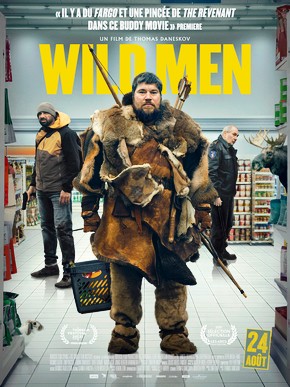 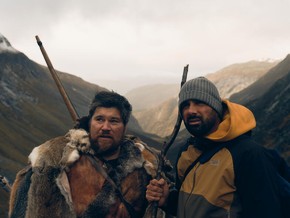