01/07/2021 - The new film from Claudio Cupellini, adapted from the graphic novel of the same name by Gipi and set in a post-apocalyptic future, is an ancestral, disturbing mirror of the present

The pandemic has shown us our own fragility and has allowed us to glimpse, with a little pessimistic fantasy, a possible world in which certainties have collapsed and barbarism has prevailed. This is what happens in post-apocalyptic novels and films, and Claudio Cupellini's The Land of Sons [+see also:
trailer
film profile] is no exception, bringing together many tropes of the genre but revealing itself as a successful European product in that market segment.

Cupellini has made a superbly ancestral, aquatic and disturbing film out of it, shot between the Po Delta, the Chioggia lagoon and the alienating disused power plant of Porto Tolle, with wide and nervous camera movements and brown and muddy colors (photography is handled by the Hungarian Gergely Pohárnok). The cast is rich and heterogeneous, from the main protagonists, played by the talented Paolo Pierobon and the new revelation Leon de la Vallée, a twenty-year-old Roman rapper, to the stars Valeria Golino and Valerio Mastandrea, who appear in secondary but essential roles.

The end of civilisation has arrived, the water and the earth are poisoned and full of corpses, survival is almost impossible. Among the few survivors are a father (Pierobon) and a son (de la Vallée), who live in a shack on the banks of a putrid lake. The father is tough, of few words, and the son, who doesn't even have a name, fears him. He grew up without feelings, in ignorance of his past and of humanity. Attacked by the dog of the neighbour Aringo (Fabrizio Ferracane), he kills it with a dagger and takes it home to skin and eat it. The father watches him grow up and feels that his own end is near. The boy spies on his father when every night, he writes in a diary words that the son cannot read. When his father dies, the boy runs to who he calls the "witch" (Valeria Golino) to unlock himself and face the outside world, and find someone who can read his father's diary. Out there, he will meet two brothers (Maurizio Donadoni and Franco Ravera) who cultivate the land and hold prisoner, in an actual cage, a girl named Maria (Maria Roveran). With her, the boy flees to a large structure inhabited by a band of survivors, led by a ruthless leader (Alessandro Tedeschi). It will be the task of the executioner (Valerio Mastandrea), to kill the boy or to show that compassion and respect for other living beings is still in the hearts of the survivors, among the ruins of civilisation.

Cupellini flaunts the importance of writing as an indelible memory of humanity, as well as the formative, symbolic function of the father, in a perennial conflict with his son, through a brutal and evocative adventure which opens him up to life.

Selected in international competition at the next Karlovy Vary Festival, The Land of Sons was produced by Indigo Film with Rai Cinema in collaboration with French company WY Productions, with the support of the Lazio Region - Regional Fund for Cinema and Audiovisual. Italian distribution from 1 July is handled by 01 Distribution, and True Colours is in charge of international sales.

more about: The Land of Sons

Shooting kicks off on Shotgun in Sicily

The new film from Claudio Cupellini, adapted from the graphic novel of the same name by Gipi and set in a post-apocalyptic future, is an ancestral, disturbing mirror of the present 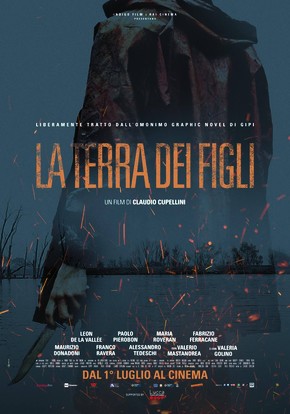 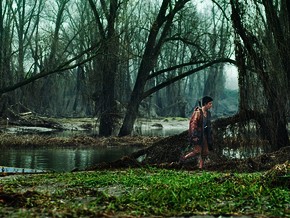 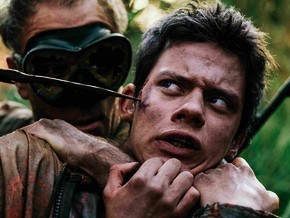 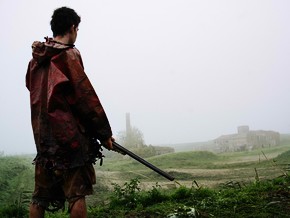 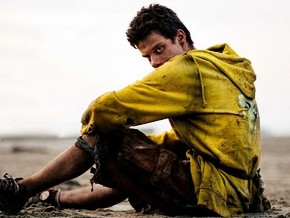