08/07/2021 - CANNES 2021: An irascible Israeli filmmaker comes to a small town in the Negev desert for a retrospective screening of his work in Nadav Lapid’s follow-up to Synonyms

Ahed’s Knee [+see also:
trailer
interview: Nadav Lapid
film profile] was filmed in December 2019, when Israel had a different prime minister, and mass pandemics were more often confined to speculative fiction, but it premieres in a world now better primed for what it has to say. It speaks in a voice entirely at odds with the mainstream sentiment within Israel: a command to wake up, and an entreaty to a nation’s people to reckon with their complicity in the country’s current predicament. And this is all achieved through something frankly banal, an event that could easily take place three streets down from your home: a community-centre film screening, with a special guest Q&A. But just wait till the guest starts talking. The film has premiered as one of the first competition screenings at the 2021 Cannes Film Festival.

Characters named after a single letter, deriving from the example of Kafka’s “K” – in Ahed’s Knee, director Nadav Lapid finds a variation on this student-y staple that won’t make you roll your eyes. The Israeli letter “Yud”, or simply Y., is the moniker of our anti-hero (played by choreographer and occasional actor Avshalom Pollak), a film director and video artist of some international renown, who skews fairly heavily towards the clichés of these figures as they’re portrayed in the media. He is over-confident, a bit in awe of his apparent sexual and social charisma, and now that an international audience is listening, he is convinced he has been elevated above the common Israeli. He puts down his main on-screen counterpart, of which more later, with the barb, “She’s not sophisticated.” But the film’s moral compass is so sure-footed that we’d believe Lapid is offering his worldview as a beneficial contrast to Y.'s attitude. (For one, Lapid has yet to make inroads on the art gallery circuit.)

It’s a quasi-romantic story, too, where an initially tender bond grows into a torrential, argumentative face-off. Y. is in the desert backwater town of Sapir to present a film – of which, elliptically, we learn very little about – at a public library, which doubles as the area’s cultural hub. Yahalom (Nur Fibak) is his handler for the event, who unknowingly provokes him with a document he’s forced to sign. Alluding to the controversial, nationalist cultural policies of former minister Miri Regev, a film screening like this, supported by public money, must be vetted for content. And affirming Y.’s mysterious, unseen film by telling the truth on a bureaucratic form could get him blacklisted.

In a work that only offers indirect references to the occupation of the Palestinian territories, settlement construction, and the rising Israeli far right, Lapid deftly makes this bureaucratic formality a charged symbol of conformity and censorship in the country. For the director, this willed silence emanates from the top down: media content is sanitised, and Israeli citizens lap up the ensuing cultural propaganda. As for the “knee” reference in the title, this is the supposed antithesis – it refers to a video-art project that Y. is devising, celebrating the public act of young Palestinian citizen Ahed Tamini, whose slapping of an IDF soldier went viral on social media in 2018.

Borrowing some elements of Lapid’s artistic life, Y. is ultimately not him, but a coded warning addressed to himself, and maybe all artists attempting to provoke real social change with their work.

Ahed’s Knee is a co-production between France, Israel and Germany. It was staged by Les Films Du Bal, Komplizen Film, ARTE France Cinéma and Pie Films. Kinology is its sales agent.

“I’m not script-driven in the traditional way; the lead character is the existential melody of the film, the heart, the music”

CANNES 2021: The Israeli director discusses his formally bold new film, how a typical “Lapid” protagonist is born and the influence of rap music on his approach to performance

CANNES 2021: An irascible Israeli filmmaker comes to a small town in the Negev desert for a retrospective screening of his work in Nadav Lapid’s follow-up to Synonyms

Four of a kind in competition for Kinology in Cannes

The French sales agent is selling the films by Mia Hansen-Løve, Catherine Corsini, Leos Carax and Nadav Lapid, competing for the Palme d’Or, but also some powerful assets in post-production

There are six titles by Israeli filmmakers in various sections, including Nadav Lapid in the main competition, Eran Kolirin in Un Certain Regard and Ari Folman's latest outing

The Cannes behemoth is back with 24 Palme d’Or hopefuls

16 filmmakers who have already taken part in the competition are battling it out with eight new entrants; 14 Europeans will be vying for Cannes’ coveted top prize 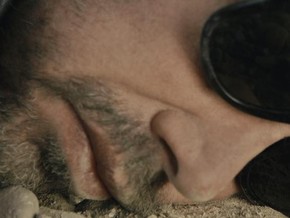 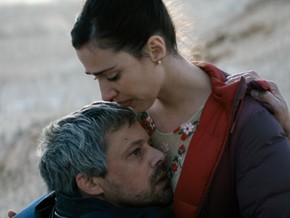 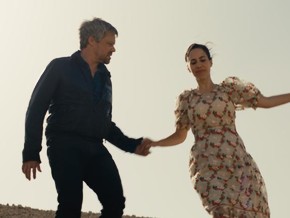 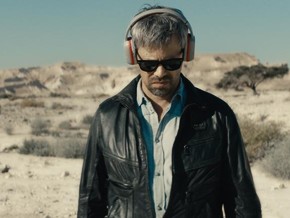