09/07/2021 - CANNES 2021: Gymnastics and Ukrainian revolution for the teenage champion at the heart of the first feature from Elie Grappe, which explores the contrasting facets of total devotion

“We’ll see if you deserve it, that spot.” In high level sports as in revolutionary engagement, we are put to the test and we put ourselves to the test: difficult choices, perseverance, and some risks are essential to pursue those ideals. Such is the heart of the subject tackled in Olga [+see also:
trailer
interview: Elie Grappe
film profile], the very physical and dynamic first feature by French filmmaker Elie Grappe, discovered in competition at the 60th Critics’ Week of the 74th Cannes Film Festival.

Jaeger, Tkatchev, magnesia, strappings on the wrists, spectacular bar releases, pounded outings, but also repeated heavy falls in training before mastering the most exigent moves: at 15, Olga (Anastasia Budiashkina) is a budding champion, amongst the best Ukrainian gymnasts and aiming for the European championship. But her journalist mother’s investigation into the corruption prevailing at the highest state level in 2013 in Kiev raises direct threats to their lives. In order to keep Olga safe without her having to give up on her sporting ambitions, her mother sends the teenager (a very determined young woman: “the boss, it’s me!”) to Switzerland, the country of her deceased father. Staying with a host family a few feet away from the training centre of the Swiss national team, Olga will have to prove herself on the rigs (with her new coach and surrounded by teammates who are not all happy with her arrival), but also withstand the reality of exile at such a young age (talking on Skype with her mother and with Saha - Sabrina Rubtsova - her closest friend and former teammate) and contemplate abandoning her Ukrainian nationality. This complicated in-between for the teenager is suddenly amplified by the protests catching fire in Kiev, on Maïdan square, a revolutionary fever against a power that defends itself violently, with Olga’s mother on the front line… The young gymnast intensely absorbs these explosive events through interposed images (exclusively videos taken with phones) in the great quietness of the Swiss plateau where she furiously trains since the Stuttgart Euro is approaching…

A film centred on the bodies of gymnasts in action, with their rituals, their few words and the implacable quality of successes and failures, Olga captures, with an excellent sense of atmosphere, the paradoxes of adolescents perfecting a total control over their emotions even as they are boiling inside them. There is a permanent underlying tension (perfectly inhabited by the protagonist) and an interior conflict that intelligently echoes more widely the game of dualities between Switzerland and Ukraine, where an external conflict is taking place. These mirroring ideals perfectly match one of the revolutionary chants on Maïdan: “for our freedom, we will give body and soul.”

Produced by the Swiss of Point Prod and the French of Cinéma Defacto, Olga is sold internationally by Pulsar Content.

CANNES 2021: The French director presented his first feature film in the Critics’ Week and won the SACD Prize

Six Ukrainian producers go “under the Spotlight” at Cannes

Darya Bassel, Olga Beskhmelnitsyna, Denys Ivanov, Nataliia Libet, Sashko Chubko and Volodymyr Yatsenko will all be in attendance at the Marché du Film

Among the auteurs selected for the Breton writing residency are Elie Grappe, Rachid Djaïdani and Élisabeth Vogler; eight projects are in the showcase, including five first features 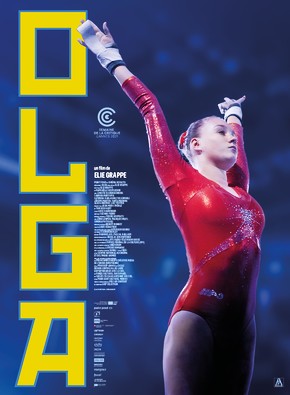 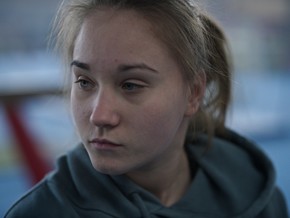 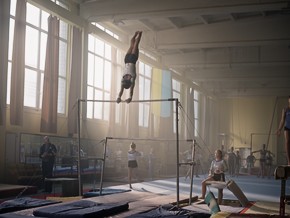