"You were the voice. I was just the kid brother who pushed the buttons, but I was fine with that. We were on the radio, we were outlaws and I was really proud of it". It’s May 10th, 1981, and the face of the new French President of the Republic appears on TV: it’s the socialist François Mitterrand. The growing number of FM radio stations will soon be legalised, but for now, Jérôme and Philippe are having the time of their lives in their little provincial town, surfing on the waves of their very own Radio Warsaw, working themselves up over the Marquis de Sade, The Sonics, Iggy and the Stooges, crying over Ian Curtis and Joy Division, making up jingles and mixing sounds before heading off to carry on the party, drinking, smoking and dancing in bars in the surrounding wilds of the countryside.

This youthful period spent living life to the full, blissfully unaware that they’re riding the climax of a libertarian era which will soon be cut short by the 1980s, is at the heart of Vincent Maël Cardona’s first feature film Magnetic Beats [+see also:
trailer
interview: Vincent Maël Cardona
film profile], which sets about blending genres in merry and inventive fashion (falling somewhere between social chronicle, drama and romantic tale – a girl caught between two brothers), and was unveiled within the 53rd Directors’ Fortnight organised within the 74th Cannes Film Festival.

Living and working with their garage-owner father, Philippe (Thimotée Robart) and Jérôme (Joseph Olivennes) are yin and yang, the former as sweetly awkward (albeit a genius when it comes to sound) as the latter is the centre of attention and the focus of much local agitation. The older brother is also going out with Marianne (Marie Colomb) who has moved to the area from the Paris region to embark upon a one-year hairdressing apprenticeship, and whom Philippe has a secret crush on. The atmosphere is nonetheless one of bubbling enthusiasm and overriding complicity (the younger sibling often putting an extremely drunk Jérôme to bed, to their father’s great annoyance). But it’s still the age of compulsory military service and, despite his best efforts, Philippe fails to get himself declared unfit for service by way of a “P4” (a coefficient indicating psychological problems, which he rechristens on air as “P for Peace”). He subsequently finds himself in uniform and packed off to Berlin for a year. Just before he leaves, Marianne sends him a few encouraging signals… Will Philippe find his own voice and wavelength in his new, alpha male world? And what will happen while he’s away?

Dynamic, surfing on undeniable potential for audience empathy (given its two brilliant lead actors) and strewn with some pretty funny scenes, Magnetic Beats puts its music to wonderful use in a variety of highly creative forms, in order to electrify the story. Playing all its cards with delightful nerve (despite a slight lack of originality towards the end), the film also (surreptitiously) explores a generational shift taking shape, the limits of a provincial existence, a geopolitical world in embryonic form (the muses of the underground music world were slumming it in East Berlin) and a time which was reeling from the bad omen of Bob Marley’s death… The reign of cassette tapes and vinyl records was almost at an end, society would place greater focus on business and rigour, and adult age was looming on the horizon, with its occasionally dramatic or depressing choices and its very many lost idylls. But there’s no forgetting, as sung by The Undertones, "Teenage dreams so hard to beat".

Magnetic Beats is produced by Easy Tiger and Srab Films, in co-production with Germany’s Elemag Pictures. International sales are entrusted to Indie Sales.

"What we learned was that something quite strange was going on"

CANNES 2021: The French filmmaker explains the genesis of his first feature film, unveiled in the Directors’ Fortnight

MyFrenchFilmFestival is ready for take off

The 13th online festival organised by Unifrance will unspool between 13 January and 13 February across 70 global platforms, and with a high calibre jury lined up for the feature film competition

Olivier Gourmet, Panayotis Pascot and Margot Bancilhon head the cast of this Ego Productions series, directed for Arte France by the filmmaker first revealed with Magnetic Beats and sold by Mediawan 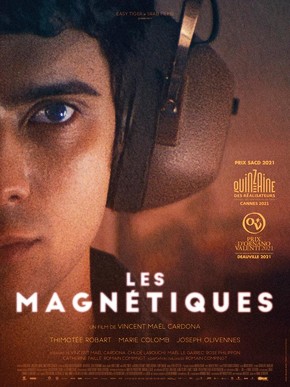 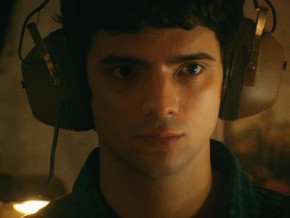 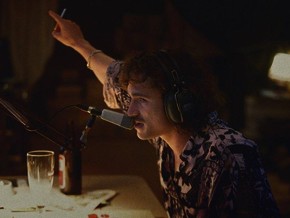 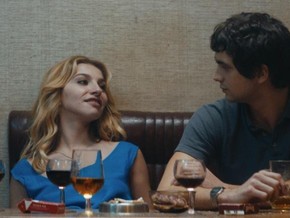