11/07/2021 - CANNES 2021: With her second feature as director, Hafsia Herzi perfects her neorealist approach in the vibrant and chaotic heart of a poor Marseille family supported by the pillar of maternal love

“As long as I stay standing, I’ll be strong.” Hafsia Herzi paints the portrait of a courageous mother, but also of a family, of a neighbourhood and more generally of the city of Marseilles, in a neorealist style at once direct, affectionate and convincing, with Good Mother [+see also:
trailer
interview: Hafsia Herzi
film profile], unveiled in the Un Certain Regard programme of the 74th Cannes Film Festival. With sensibility and in much more professional production conditions, this feature follows in the footsteps of the filmmaker’s first film You Deserve a Lover [+see also:
film review
trailer
interview: Hafsia Herzi
film profile] (discovered in Critics’ Week 2019).

Intimately familiar with her subject, the popular settings and atmospheres of the North neighbourhoods where she grew up (and where poverty and unemployment are still present), the light that bathes the Phocean city, and most of all the inhabitants of these so-called disadvantaged areas, these women and men brought together by the difficulties of life, the filmmaker operates in an unvarnished cinema vérité, but without highlighter either. Because what interests her are humans, faces, love in the face of obstacles.

“What in the world is more beautiful than children?” Nothing for Nora (Halima Benhamed), who crosses the city at dawn towards the airport and the small, tight-knit team that cleans the planes in constant rotation, before continuing with a second job as caretaker with Viviane (Denise Giullo), an old lady who has almost become a friend. Then comes time to go back to the North neighbourhoods to take care of her own family that she loves, but who gives her quite a bit of worry. Because the eldest of her children, Ellyes (Mourad Tahar Boussatha), is in jail and Nora is hosting her step-daughter Muriel (Justine Grégory), cashier in a supermarket, and her step-son, teenager Jawed (Jawed Hannachi Herzi). The second son, Amir (Malik Bouchenaf), spends his time hanging out playing video games and thinking to be the king of the world. As for Sabah (Sabrina Benhamed), she’s the isolated teen mother (the father is unknown) of Maria (about to celebrate her fourth birthday). Add to this Sabah’s truculent friends Coralie (Noémie Casari), Anissa (Anissa Boubaker) and Ludivine (Saaphyra), and you get a glimpse of the colourful, chaotic group studied in vivo by the director.

Poverty is saving up for 15 years in order to finally get beautiful teeth and having to give that up and sell your own jewellery (including your wedding ring) to pay for your son’s lawyer, it’s young people dreaming of cash to avoid the active solidarity income and getting involved in prostitution in disguise, it’s deal points in the neighbourhoods, popular music in the evening on television, superstitions and a street culture. But it’s also a human touch, intense feelings, and the everyday sacrifices of a mother.

Interpreted almost exclusively by extremely credible non-professionals (including the lead character whose face is truly a landscape), Good Mother sticks its camera in the tumult of banal days and, without complacency but with kindness, draws up an inventory of this family microcosm that reflects the surrounding society. This frankness will no doubt disturb those who refuse to know how the poor live, but Hefsia Herzi defuses its melodramatic weight by injecting a salutary dose of humour. Because, as the Nacash song goes, “There is so much laughter, so many tears, Sorrows and pains, under the sun.”

“In this place where I grew up, great poverty reigns”

CANNES 2021: The French director discusses her second feature, a neorealist immersion into a Marseille family, unveiled in Un Certain Regard

Un Certain Regard crowns Unclenching the Fists as its champion

CANNES 2021: The film by Russia’s Kira Kovalenko has emerged victorious, while other awards went to Great Freedom, Good Mother, La Civil, Lamb and Prayers for the Stolen

CANNES 2021: Cédric Jimenez’s punchy film with an American style and a Manichean ideology centres on three Marseille cops of the anti-crime brigade

CANNES 2021: With her second feature as director, Hafsia Herzi perfects her neorealist approach in the vibrant and chaotic heart of a poor Marseille family supported by the pillar of maternal love

18 titles by young filmmakers and key figures from the formally daring side of the 7th art are in Un Certain Regard, while a new out-of-competition showcase includes Desplechin, Mundruczo and Arnold 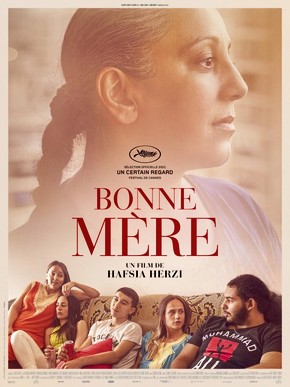