11/07/2021 - CANNES 2021: Vincent Le Port makes a spectacular entry into the world of feature filmmaking with a dark and clinical film heir to Bresson and Haneke, about a criminal destiny

Dimitri Doré in Bruno Reidal, Confessions of a Murderer

“When I’m tormented by ideas of murder, I am calm and quiet.” We are in 1905, in the deep peasant and poor France of the Cantal region and a teenager is facing three very attentive doctors. He’s a 17 year-old boy, 1m62 and 60,5kg. “His musculature is thin, his body scrawny, his expression soft and worried. He’s melancholy, taciturn, sly. He’s used to hiding his feelings.” His name gives its title to Bruno Reidal: Confessions of a Murderer [+see also:
trailer
interview: Vincent Le Port
film profile], the unusual, uncomfortable and brilliant first feature from Vincent Le Port which left no one indifferent at the 60th Critics’ Week of the 74th Cannes Film Festival where it was presented in a special screening.

“If I’m sick? I’m not crazy. I don’t want to be.” Inspired by a real news story documented in an account written by the murderer himself at his doctors’ request, the film, which opens with a bloody murderous sequence in the middle of a forest at the end of which Reidal rallies the village to make himself prisoner, examines his whole short life to try and understand his senseless gesture. “Information about my family (six children with various destinies, an irritable and not very affectionate mother - “I learned to work and suffer, it will be the same for you” - an intelligent peasant father quickly taken by illness), striking memories (a heatstroke, the loud throat-slitting of a pig in front of his young eyes, synonymous with blood, with little party, and with some questioning: “can men be killed too?”) and the first level around age 9 or 10: imagining hurting his schoolmates. This desire to kill will not stop growing. Later, a sexual assault by a drifter and a forced pleasure that turns into an addiction to masturbation closely linked to thoughts of murder. He tries to curb these impulses that torture his deeply catholic conscience, including at the seminary where he is sent and excels academically. “But what’s the point in fighting fate. You must be a murderer. What must happen will happen.”

At a crossroads between Bresson and Haneke, Bruno Reidal marks the beginnings of an exceptional filmmaker, who knows how to give a tangible and credible existence to an ancient time, filming with precision and an acute perception of expressive power (the main character is played at three different ages by Dimitri Doré, Alex Fanguin and Roman Villedieu), and fading in the austerity of the plot by pacing perfectly a narrative unfolding that blends together flashbacks, voice over and interrogations. The topic will no doubt rebuff some people, but Vincent Le Port delivers such a clinical cinematic analysis of it that admiration easily wins over malaise. Unquestionably a director to follow very closely.

Produced by Capricci Films and Stank, Bruno Reidal: Confessions of a Murderer was coproduced by Arte France Cinéma. International sales are handled by Indie Sales.

more about: Bruno Reidal, Confessions of a Murderer

CANNES 2021: The French director presents an intimate drama film about a young man struggling with his inner demons

The Night of the 12th triumphs at the Lumières Awards

What Do We See When We Look At The Sky? reigns supreme at Angers' Premiers Plans Festival 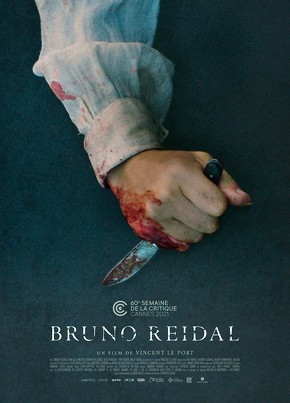 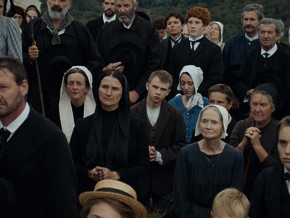 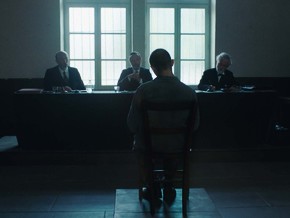 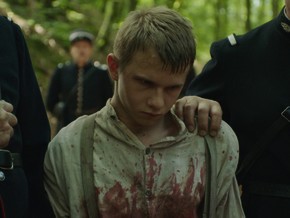