13/07/2021 - CANNES 2021: A working-class family deals with the brunt of military conscription in Colombia, in this nervy debut from Simón Mesa Soto

A work whose style and tone seem deeply indebted to the Dardenne brothers, Simón Mesa Soto’s Amparo [+see also:
trailer
film profile] also echoes one of the Belgian auteurs’ most insistent existential concerns: at which point can adolescents be held accountable for their behaviour and choices, as if they were responsible, self-sufficient adults? Mesa Soto adapts this line of thinking into a more combustible locale than post-industrial Liège – to that of the near-endless Colombian civil war, seen through the prism of a resourceful matriarch seeking redemption for both her troubled son and herself. Following up his Short Film Palme d’Or victory for 2014’s Leidi, Mesa Soto’s promising, if flawed, debut feature premiered in this year’s Critics’ Week at Cannes.

For Spanish speakers, the name “Amparo” is the first hint: it directly translates to the noun “protection”, and this is indeed what doggedly motivates its title character (played by the non-professional Sandra Melissa Torres) from first minute to last. Specifically, to protect her wayward son Elias (Diego Alejandro Tobón) from being shipped off by the Colombian national army to fight against an unspecified rebel group in their dangerous rural stronghold. It is 1998 (forging a subtle line to the present, where civil unrest of this nature continues to this day), and the ruling government upholds a draconian law whereby young men are bandied into the army if they’re considered not to have a suitable level of education or professional achievement. The callous brutality of it singes the mind: groups of late-adolescent boys are evicted from the streets and forced into the back of a fortified truck – a true image of militarised, war-ready authoritarian power.

And so Amparo, with the extra burden of a younger daughter (Luciana Gallego) by a different father, is sent on a noble quest, not to assault the political status quo, but to free her son from what is a barely disguised suicide mission for these young conscripts. Beneath the cruelty of official state power, she finds an equally corrupt black market of double dealings and war profiteers; these are crooked members of the establishment preying on unlucky mothers like her, continuing the cycle of exploitation. Mesa Soto’s screenplay is a dense, yet still pitilessly clear, account of this time in recent Colombian history, closely inspired by an experience that his own working-class family underwent.

Aspects of the filmmaking and plotting come across as more hesitant than the helmer’s gift for authenticity. Whilst the film’s shallow-focus, Academy-ratio-framed cinematography (reminiscent at times of Son of Saul [+see also:
film review
trailer
Q&A: László Nemes
interview: László Rajk
film profile]) effectively conjures Amparo’s single-minded struggle, Mesa Soto can’t derive similar flair from his reliance on non-professional performers. Rather than enhancing realism, his actors’ rigid, unconvincing portrayals – intoning their lines monotonously and never overlapping their dialogue – struggle to maintain the carefully modulated tone a film like this needs.

Additionally, Mesa Soto at times seems unconfident and cautious about where to take his characters and how to wrap up their arcs, sometimes clumsily alternating between punishing and indicting them, or allowing some sympathetic respite to their trauma. If a storyteller, despite being inspired by real events, does not appear sure about his creations’ fates and worth – whether they’re deluded martyrs or worthy of compassion – how can we be?

CANNES 2021: The feature debut by Egypt’s Omar El Zohairy has taken home the Grand Prize, while the Rising Star Award went to actress Sandra Melissa Torres for her turn in Amparo

CANNES 2021: A working-class family deals with the brunt of military conscription in Colombia, in this nervy debut from Simón Mesa Soto

Les Arcs Film Festival in the spotlight in Cannes

The 10th anniversary of TorinoFilmLab is all about women

Corpus Christi to take part in the Paris Coproduction Village 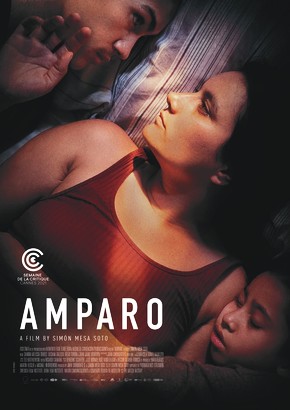 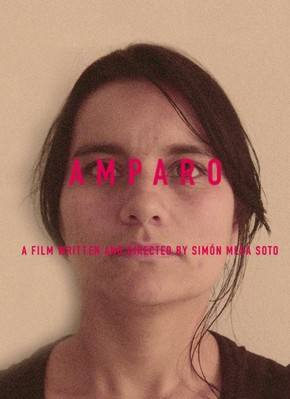