And to think that once upon a time, adopting a tree stump seemed like a strange idea. Any film that brings back the sweet, sweet memory of Švankmajer’s Little Otik, in which a couple decide to raise a piece of wood as their own, has already done its job. But Valdimar Jóhannsson’s feature debut, Lamb [+see also:
trailer
interview: Valdimar Jóhannsson
film profile] – world-premiering in Cannes’ Un Certain Regard section – offers much more, including a heavily freckled Noomi Rapace with a gun and a story that remains affecting even despite all the craziness one shouldn’t dare to spoil.

It all seems deceptively simple at first, or maybe even too simple: a couple, Maria and Ingvar (Rapace and Hilmir Snær Guðnason), live far away on a farm. They are content, tending to their animals and used to the isolation, one feels, and to gentle small talk about their tractor making a new noise, and even time travel when they feel a tad more adventurous. They also like to support local cinema, it transpires, watching films with Ingvar Sigurdsson in their spare time, as one always should. But what they are missing is a child, just like in so many fairy tales.

They had one, it is revealed later on, not that it’s ever discussed – grief generally tends to silence people, and these two were probably never too chatty to begin with. Still, to quote a wise man, while you can’t always get what you want, if you try some time, you’ll find you get what you need. Even if you have to fight for it first.

Jóhannsson seems really fascinated by the primal face of motherhood, the one based on instinct but also on choice – after all, Rosemary did choose to rock her baby in the end, too. Rapace acts out maternal jealousy well, standing up to her rival while knowing damn well that what she is doing is plain wrong. The conflict shown here is really not that different from something like, say, The Light Between Oceans [+see also:
trailer
film profile], about the harrowing impossibility of giving up something you have already claimed as your own, which you held and cared for. Lamb might become known for its surprise, but the pain it communicates hits almost exactly as hard.

Also because in the case of this couple, there is nowhere to turn to, and wherever you look, there is just emptiness staring back. It would seem almost silly to talk about loneliness here for too long, as it’s all set in Iceland – frankly, when a new character, Ingvar’s no-good brother, suddenly shows up, it almost feels shocking. He is in for a bit of a shock himself, poor guy, but that’s perhaps the most admirable thing about this wonderful little movie – you just accept the weird elements and get on with it, as there are chores to be done and the tractor to fix. Leading to a wonderful exchange, one of the most touching this festival has had to offer:
“What the fuck is that?!”
“Happiness.”

Lamb is an Icelandic-Swedish-Polish production staged by Go to Sheep, Black Spark Film & TV and Madants, in co-production with Film i Väst. Its international sales are handled by New Europe Film Sales.

We had a chinwag with the producer, recently appointed vice-president of the established Polish production house, which for the past 30 years has mainly produced romantic comedies

The supernatural drama scooped myriad trophies, including Best Feature, Best Director and Best Screenplay, whilst the series Sisterhood was awarded with three statuettes

The Emigrants, War Sailor, Close and Broker win at Haugesund

Erik Poppe’s period film has come out on top at the 50th edition of the Norwegian gathering, thanks to its “convincing directing, acting and cinematography”

“A lot of big careers started here in Lübeck, and it feels great to be celebrating with everyone again”

“This year, I felt we returned to focusing on an actual festival and a film market” 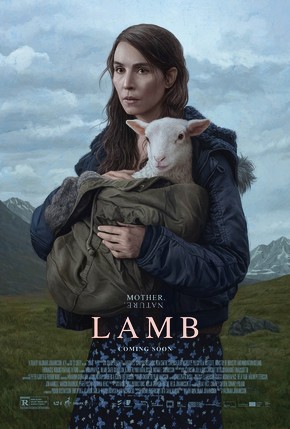 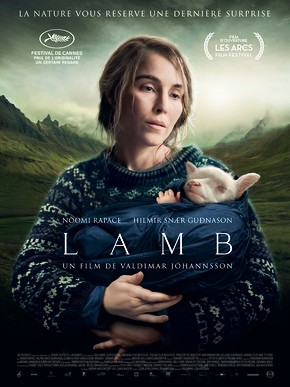