Ralitsa Stoyanova and Maria Bakalova in Women Do Cry

Filmmakers Mina Mileva and Vesela Kazakova began their filmmaking career with two powerful documentaries on Bulgarian society. For their first feature film, 2019's Cat in the Wall [+see also:
film review
trailer
interview: Mina Mileva, Vesela Kazakova
film profile], they focused on a Bulgarian family in London. The film addressed changes in attitudes towards Europeans and social classes in British society, where they had been living for decades. Women Do Cry [+see also:
trailer
interview: Mina Mileva, Vesela Kazakova
film profile], which played in the Un Certain Regard strand at the Cannes Film Festival, sees the filmmakers make their first fiction film in Bulgaria and examine how a family made up mostly of women deals with sexism and conservative values in their country.

The character that receives the most screen time is Sonja, played by Bulgarian superstar Maria Bakalova. The actress took on the character who catches AIDS from a married boyfriend before filming Borat Subsequent Moviefilm, for which she was Oscar-nominated and became an international star. Her presence should ensure this film attracts some attention. Here, she is a well of emotions, trying to cope with her ill-health and her belief that her sex life is over, just as it was beginning. Sonja tugs and pulls at different emotions; she is abrasive one moment and in tears the next. Her primary support comes from her sister Lora (Ralitsa Stoyanova), with whom she has a gloriously antagonistic relationship. As the action pushes forward, the film begins to focus more on members of the extended family, including their aunt Veronica (Bilyana Kazakova), stuck at home looking after a baby, a lesbian aunt (co-director/writer Kazakova) and their grandfather (Iossif Surchadzhiev). Through them, via observations heard on the television and the radio and through the way in which they are treated, a picture of a misogynistic society favouring the patriarchy emerges. Of several sex scenes, the only one with kindness and love is between two women.

Despite its hot topic and its strong condemnation of patriarchal values, including through scenes of doctors refusing to help patients because they don't agree with their liberal values, Women Do Cry plays quite funny in moments. It's the quintessential tragicomedy, as scenes jump between laughter and pain to create discomfort in the viewer. The camera work adds to this sense that the film is also a call to action, with it feeling like a documentary in places, while in other moments, a more standard camera observes from a distance. This unconventional mix of aesthetic forces can be jarring at times, but it's in keeping with a film that demands new ways of thinking to break down old beliefs and structures.

The inspiration for the story comes from observations of true-life incidents that happened in co-director Kazakova's family (some of the actors are her family members as well). The film shows women coping with difficult situations, many of which are caused by men. There are scenes of men refusing to wear condoms, sexual harassment at work, post-natal depression and anti-gender equality protests on the streets. The major fault in the film, however, is that HIV seems more like a plot device, with the initial understanding of the disease as causing stigma taking a back seat when the film moves onto dealing with sexism at large. The co-directors have made a scrappy and uneven film storytelling-wise, but this narrative coherence seems secondary to the desire to highlight inequalities and make a political satire full of vim.

The film is produced by Activist38, Ici Et Là Productions and ARTE France Cinéma, and international Sales are handled by mk2 Films.

more about: Women Do Cry

The producers of Vesela Kazakova's and Mina Mileva's film are invited to speak about their collaboration and the financing of their film, which has received Eurimages support

“This is not a normal film”

CANNES 2021: The women in this Un Certain Regard entry have a lot on their minds and have to learn to stop sweeping things under the carpet

The 40th anniversary of the discovery of the virus behind AIDS and the fight against LGBTI-phobia are being broached by the Basque gathering, which is screening a glut of European titles

SXSW lifts the lid on its line-up

European films are dotted throughout the US festival, which returns in March as an in-person event (with an online component) with a programme of 99 features, 76 of which are world premieres

Despite much uncertainty, the festival has decided to organise a hybrid edition, mostly unfolding in person with an online element

The Irish gathering took place in a hybrid form and wrapped on Sunday, after announcing the winners of the audience awards 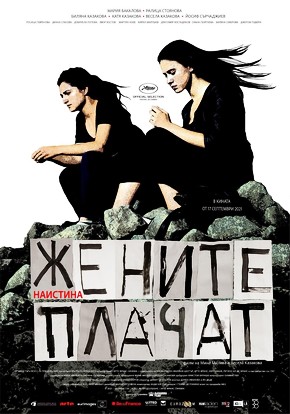 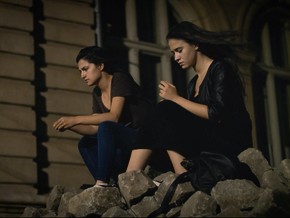 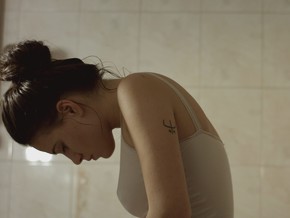