Rebecca Marder in A Radiant Girl

Actress and singer Sandrine Kiberlain’s debut feature, a drama titled A Radiant Girl [+see also:
trailer
film profile], was one of the titles selected in this year’s Critics’ Week at the Cannes Film Festival. The film, written by Kiberlain herself, is set in Paris in 1942 and follows Irene (Rebecca Marder, already seen in Spring Blossom [+see also:
film review
trailer
interview: Suzanne Lindon
film profile], the first feature film by Kiberlain’s daughter, Suzanne Lindon), a young 19-year-old girl and a theatre lover. Her family, formed by her brother Igor (Anthony Bajon), her father André (André Marcon) and her grandmother Marceline (Françoise Widhoff), is Jewish and, despite the hard times under the Nazi rule and the implementation of racist laws, the carefree girl only focuses on her first love for a charming boy called Jacques (Cyril Metzger), her friends and her rehearsals. And, quite frankly, that’s more than enough to say regarding narration, as there is little character or plot development to discuss in Kiberlain’s script.

The first big problem of this feature is the general lack of immersion. We might have a hard time realising that we are seeing a story set in Vichy France and, besides some sporadic mentions in the characters’ dialogues and the Stars of David sewed on Marceline and Irene’s clothing appearing towards the end of the film, we never see any concrete threat, hardship or signal reminding us that the country is at war or under foreign occupation. Specifically, the overall production design is quite patchy and, visually, almost everything – in particular the props, the locations and the women’s hairstyles – looks much more recent, or even contemporary. The cinematography, lensed by Guillaume Schiffman (My Cousin [+see also:
trailer
film profile], The Lost Prince [+see also:
trailer
film profile]), is dominated by blue-toned, cold colours but looks overall flat and closer to that of a television soap opera. The score, audaciously but ineffectively, alternates between rather conventional war drama tracks and modern songs, but the final result is a strange hodgepodge. A too sharp editing cut brings this chaotic film to a close, leaving viewers puzzled.

All in all, A Radiant Girl is a forgettable coming-of-age story. The idea of playing with the conflict between a joyful, carefree young girl and the incumbent threat posed by war times is surely interesting, but in this picture it is not well exploited. The whole cast does a fair job and tries to save the day, but the impression remains that of a slow-paced movie that would have required much more care in many details to keep the viewers hooked. Sadly, it is not even exempt from some quite awkward scenes, such as the one depicting Irene showing her brother how she can tease a man and the boy telling her how to kiss by sucking her finger.

A Radiant Girl is a French film produced by Curiosa Films and E.D.I. Films, and co-produced by France 3 Cinéma. Ad Vitam is in charge of its French distribution, whilst France TV Distribution has been entrusted with its worldwide sales.

more about: A Radiant Girl

Distribution and exploitation, international financing, platforms, AI, and informal creative networks will be at the heart of the debates taking place from 23 to 25 November in Berlin

Starring alongside Arieh Worthalter, the actress will lead the cast of Delphine Deloget’s first fiction feature, produced by Curiosa Films 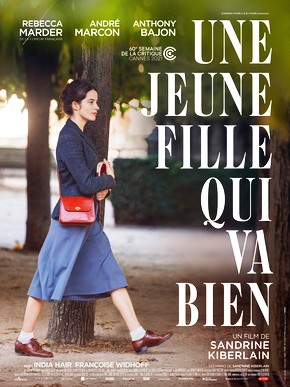 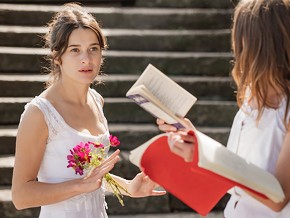