20/07/2021 - Branko Schmidt dissects Croatian society once again, this time through the lens of the disillusioned war veterans betrayed by their country

Since his seminal film Metastases, Branko Schmidt has positioned himself as an eloquent critic of the way things are in Croatian society, which seems to be in a state of permanent transition and crisis. In his newest film, Once We Were Good for You, which just premiered at the Pula Film Festival, Schmidt has rejoined forces with his Metastases and Vegetarian Cannibal [+see also:
film review
trailer
film profile] star actor René Bitorajac to paint a picture of an almost-failed state centred around the Croatian Independence War veterans and their confrontation with the government about the Steam Mill building in Zagreb that was planned to become a war museum.

The nature of the clash between the veterans and the government is financial and legal (they want to keep the almost ruinous building where they used to have military training during the war in the early 90s, while the government has other plans for it – the construction of a shopping mall), but for most of them, the real cause for rebellion is the feeling that they do not get enough respect for their previous war efforts which cost them dearly, physical and mental health-wise. The leader of the rebellion and of the ensuing negotiations is Crni (translatable as Black), played by Slaven Knezović, dressed in an appropriate black uniform. Since the rest of the crew he could assemble fits into the profile of the used-and-discarded losers, he tries to enlist the help of the almost legendary war hero Dinko Ćosić (Bitorajac) to act as the face of the rebellion and make the counter party show some respect.

While Dinko is reluctant to get involved at first, he stays because of his friends who are there and for one of the neighbourhood kids who is hired by the veterans to draw the graffiti on the building facade, in whom he sees a surrogate for his son who does not want to speak to him anymore. Step by step, Dinko gets more and more engaged into the struggle, efficiently taking command regarding the “war tactics,” while Crni tries to negotiate with the government representatives and the police forces. However, Dinko, a damaged man himself, is scared about two things: whether the intentions of his comrades are sincere or the whole protest is to become just another shady deal, and the infiltration of right wing forces which threaten to hijack the rebellion and use it for their own causes.

Working together with Sandra Antolić and Ognjen Sviličić on the script (based on the idea of Josip Mlakić), Schmidt manages to paint a complex and heavily contextualised but still universally recognisable picture, in a very compact format of just 72 minutes. Surely, some things are sacrificed in the process, like deepened relationships between the characters (apart from the main two, the rest function better as a group character) and even a more profound characterisation of the protagonist. The openly political angle also sets in all of a sudden and the film could profit from more action and confrontation, but the modest budget and the circumstances of filming, which took place at the peak of the pandemic, did not allow it. On the other hand, with an almost improvised approach to acting (which is actually Schmidt’s preferred method of work) and the marvellously choreographed scenes in long, continuous takes by a hand-held camera operated by first-timer Dario Hacek, and with tension coming from Damir Avdić’s soundtrack consisting of one of his songs that also serves as the verbal illustration of the protagonist’s dilemma, Once We Were Good for You is a dense, thought-provoking and engaging film experience.

Once We Were Good for You was produced by the Croatian company Telefilm, in co-production with Oktavijan – filmska udruga from Bosnia and Herzegovina. Blitz handles the regional distribution.

more about: Once We Were Good for You

Branko Schmidt dissects Croatian society once again, this time through the lens of the disillusioned war veterans betrayed by their country

Review: Even Pigs Go to Heaven 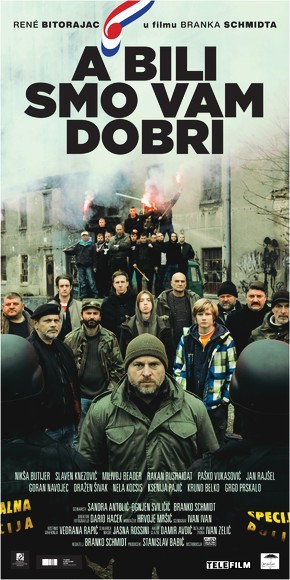 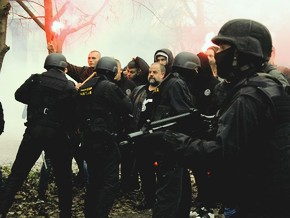 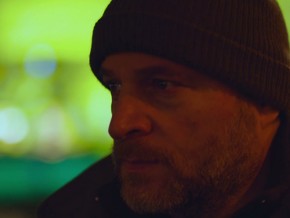 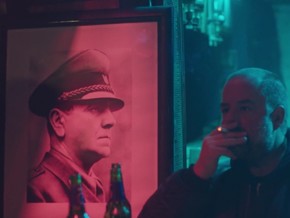