A feature film debut from a Short Film Palme d'Or winner is always hotly anticipated. In 2015, Ely Dagher's short Waves '98 took home the top prize, and six years on, he has returned with another water-themed title, The Sea Ahead [+see also:
trailer
film profile], which berthed at the Directors’ Fortnight section of this year’s Cannes Film Festival.

The sound of waves can be heard as the camera turns to Beirut from the sea. The plane view immediately shows us a unique perspective of Lebanon, a distanced look that offers the capital city as grey and lifeless. Throughout the film, the camera pans across the city, delivering a perspective of Beirut's skyline that is more familiar to those used to seeing the skyscrapers of New York City. This unusual perspective of a place customarily seen on screen as vibrant and chaotic sets up one of the main themes of The Sea Ahead, which is that Beirut is a city of ghosts, devastated by years of mismanagement. After filming, the city was hit by a large explosion (only the nuclear bombs in Japan during World War 2 have had a bigger impact) in a warehouse on the port, which tore down buildings and smashed windows around the city. Knowledge of this disaster makes the way the beguiling Jana (Manal Issa) views her home city all the more eerie and horrific. It is a shadow of a place, and she is a shadow of herself.

Jana is returning to Beirut after she spent two years in Paris, studying at university and working odd jobs. It is a surprise return. Her parents, Wissam (Rabih El Zaher) and Mona (Yara About Haidar), are concerned something has happened to their daughter, but they know her too well to ask her directly. Jana is melancholic, distanced, full of ennui. She doesn't want to engage in too much conversation. She laments that her parent's apartment no longer has a fantastic sea view. The parents wonder if they have somehow failed her, and dad and mum are seen discussing her behaviour. She runs into her ex-boyfriend Adam (Roger Azar), who links her to her past, a memory of herself. They reconnect, go to nightclubs and sleep with each other, but Adam soon begins to grow frustrated. He invents a story, trying to explain why Jana is how she is, and of course, it's about himself, imagining a French doppelgänger taking Jana on the same journey he did.

It's a frustrating situation for everyone. The characters continually ask “why?” and “what happened?” Such questions are also part of movie conventions. Does an answer need to be given for the film to work within the constraints of its plot, revelations and story arcs? Is a movie bad if it refuses to take the easy option or to offer a genre parable to the audience? Dagher denies such simple explanations, taking us on a cinematic journey that echoes work by Michelangelo Antonioni and his view of depression. Dagher blinks at an ending containing a dose of violence and reveals the trip may be about closing chapters, but there is enough here to suggest that Jana's journey will be a lifelong one, as she searches for a place to call home.

The Sea Ahead is produced by Andolfi, co-produced by Beachside, Abbout Productions, Wrong Men and Beaver and Beaver. International sales are handled by The Party Film Sales.

more about: The Sea Ahead

Following an online edition in 2020, the festival is returning to its “true” form with an especially abundant offering, enhanced by another competition entitled RêVolution

A squadron of Europeans set their sights on Cannes’ Directors’ Fortnight

Miguel Gomes, Joanna Hogg, Jonas Carpignano, Clio Barnard, Alice Rohrwacher and Pietro Marcello are among the 29 selected directors, 22 of whom will debut on the Croisette by way of a feature

The new films by Hany Abu-Assad, Yousry Nasrallah and Mohamed Diab are featured in the upcoming slate from the Pan-Arab independent studio 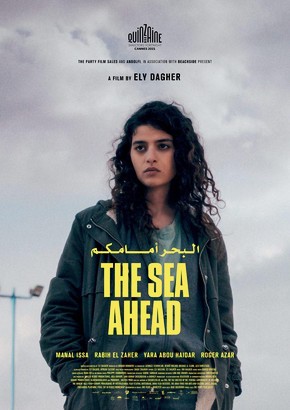 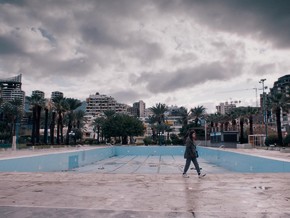