Family relations tend to be toxic or at best constrained in the region of the Balkans and former Yugoslavia. Croatian veteran filmmaker Zrinko Ogresta digs deep into family-related anxieties and microaggressions between three different generations of women in his newest film A Blue Flower [+see also:
trailer
interview: Zrinko Ogresta
film profile]. The film had its premiere in the official competition of the Moscow International Film Festival earlier this year, while its national premiere took place at the Pula Film Festival, where it won the Grand Golden Arena award in the Croatian Competition (see the news).

Everything seems to be dark and gloomy for the protagonist, named Mirjana (played by stage actress Vanja Ćirić, who had little film experience prior to this film). She is a single mother in her forties, stuck in a dead-end factory job and in an affair with her married boss Jakov (Alen Liverić of No One’s Son fame). Her ex-husband Vlado (Nikša Butijer, glimpsed in almost every Croatian film from the last few years) has begun a new life in Germany, but wants to stay in touch with Mirjana and their teenage daughter Veronika (newcomer Tea Harčević), who wants little contact with her mother and none at all with her father.

However, the real challenge is the visit of Mirjana’s mother Violeta (Anja Šovagović-Despot, adding another diva performance to her impressive list of credits on film and in theatre) who comes to town for a medical examination and stays with Mirjana for a couple of days. The two women spend their time engaged in a kind of banter that appears unpleasant and on the verge of fighting, but they actually care about each other and are almost unable to express it. Shocking news is about to make Mirjana re-think her ways, the patterns she took from her mother and that she is now passing down to her own daughter, and all those things said and unsaid, done and not done, that life consists of.

Every step of A Blue Flower is carefully thought-out and executed by Ogresta and his crew. Casting choices are interesting, sometimes going quite against the usual type for the actors, while Vanja Ćirić as the lead expresses the fatigue of a drab, dead-end life packed in pure ordinariness, without even a hint of “misery porn.” Ogresta is also a master of visual storytelling and his precise approach leaves no room for error: every frame is composed exactly the way it should be, is as long as it has to be, shot from a carefully chosen angle and cut at the exactly right place. Ogresta also keeps other details under his strict control, making the most of the indoors and outdoors location of Zagreb socialist apartment blocks (kudos to Maja Merlić’s production design), transferring some typical sense of claustrophobia from the environment onto the characters. The progressive rock-sounding score by Dino Osmanagić and Kristijan Koščica is also spot on, and the same goes to Branko Linta’s cinematography and the editing handled by Tomislav Pavlic.

No matter how seamless the execution in the way it transfers thoughts and emotions to cinema, the origins of film as a stage play still show, especially in the dialogues loaded with some kind of symbolism. This is not too surprising, since screenwriter Ivor Martinić is predominantly a stage writer and this is his first feature film script. One thing is certain: both him and Ogresta care a lot about their characters, and together with the efforts by the cast members, it shows. A Blue Flower is quite a delicate one.

A Blue Flower is a Croatian-Serbian co-production between the companies Interfilm and Zillion Film, realised with the financial support of the Croatian Radio Television (HRT), Croatian Audiovisual Centre (HAVC) and the Film Centre of Serbia (FCS).

more about: A Blue Flower

“No director could be good without being a voyeur” 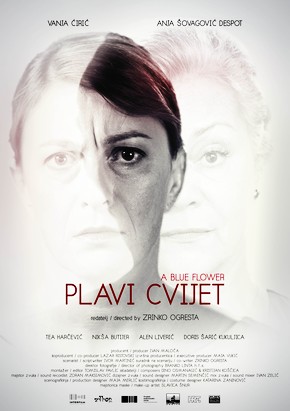 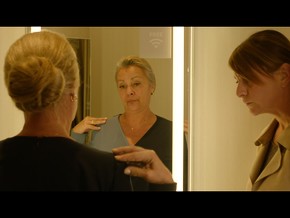