It was young Italian director Ferdinando Cito Filomarino - the right-arm man of Luca Guadagnino (the present film’s producer) - who was tasked with opening the 2021 Locarno Film Festival by way of his first feature film Beckett [+see also:
trailer
interview: Ferdinando Cito Filomarino
film profile], and who looked set to leave the entire Piazza Grande trembling thanks to his high tension thriller, which is further enhanced by the presence of some undeniably alluring actors: John David Washington and Alicia Vikander.

Unfortunately, on account of the temperamental weather, Beckett’s premiere was held undercover in a considerably less evocative but decidedly drier movie theatre. Weather aside, Beckett was introduced as a captivating thriller with an arty aftertaste, a journey which starts out as romantic, but which ultimately takes the form of a bloodthirsty manhunt. There are definitely lots of action scenes, and suspense-filled moments are similarly plentiful, but the movie doesn’t seem endowed with the humanity and sincerity that are required to move the audience, despite real potential in this respect. In the first instance, the film focuses on a young American couple, Beckett and April (played by John David Washington and Alicia Vikander) who are on holiday in Greece, painting a carefree yet mysterious portrait which hints at problems yet to come without being able to name them. The bond which unites these two characters, who seem to find themselves lost in translation in a country which isn’t theirs but to which they’re attracted like a magnet, is depicted with a refreshing dose of lightheartedness and poetry, in the style of a high-quality independent film made in the USA (almost bearing the hallmark of a Safdie brothers movie).

Beckett and April appear to be a typical, alternative couple from Brooklyn, though their fragile and broken air hints at a few cracks. We would have liked to have got to know them better, entering into their world via Cito Fiolomarino’s camera, but, unfortunately, the director has other plans. Indeed, following a sudden, tragic road traffic accident which sees April lose her life, Beckett becomes the target of an inexplicable manhunt, and the film takes a decidedly surprising and destabilising turn. Forced to go on the run, the main character (who becomes a veritable superhero with superhuman powers) must leave the village where his partner’s body can still be found, in a desperate attempt to reach the American Embassy in Athens: an oasis, of sorts, where he believes he will be able to find refuge and support. Corrupt police officers and the local mafia become the protagonist’s sworn enemies, while the latter is instantaneously transformed into an untouchable and highly resourceful hero. The political instability which has taken hold of Greece (and of which Athens has become the epicentre) forms the backdrop to the action scenes which forcefully invade the screen. What now remains of the closer-than-close couple from the beginning of the film? What was it that bonded them together in such a deep and inexplicable fashion? These, and many other questions are left unanswered, overwhelmed by the sea of testosterone and acrobatics that are characteristic of action films and which couldn’t be further removed from the intimacy and destabilising lightheartedness defining the beginning of the film.

Masterfully played by John David Washington, Beckett seems to gradually lose his humanity as he disappears between the folds of a story which sometimes becomes surreal. But Washington’s power of expression succeeds in holding the audience’s attention, forcing viewers almost in spite of themselves to follow him on an adventure which slowly loses significance. Beckett is a film whose heart beats to the tempo of mumblecore films. Unfortunately, the movie gives in to the call of the mainstream, but we’re still eagerly awaiting the next move of this director who still has plenty of cards up his sleeve.

"I wanted to explore this genre, the manhunt-thriller" 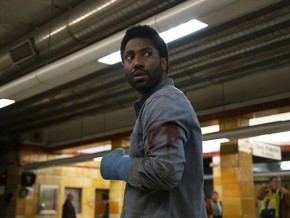 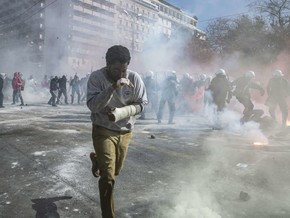 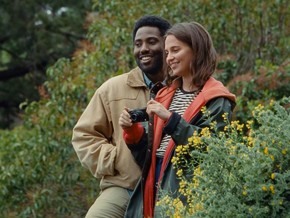