06/08/2021 - Axelle Ropert’s new film paints a candid, noir-tinged portrait of the inner world of an overly sentimental adolescent who is struggling to come to terms with her parents’ divorce

The film world has often taken an interest in the furious fights which unfold between parents and the deterioration of (heterosexual) couples who have decided to start a family, yet the pain felt by the children who bear witness to the above is very rarely explored. It’s a viewpoint which Axelle Ropert has decided to convey in Petite Solange [+see also:
trailer
interview: Axelle Ropert
film profile], which has been selected for the Locarno Film Festival’s International Competition and which lends a voice to a teen who is struggling to come to terms with a shattered dream: that of everlasting love and happiness ever after.

If there’s one thing we can be sure of, it’s that the French filmmaker and her casting director Joanna Grudzinska had an extraordinarily keen eye when they chose Jade Springer to play the part of Solange. The super young actress blends brilliantly into the vintage background which harks back to the films of Fellini and Rohmer. The innocence she exudes and the devotion she shows towards her family which acts as a shield against any negative thoughts, permeates the film with reassuring ease.

In a space-time that’s difficult to pin down, immersed in an atmosphere of melodrama which few still dare to explore, Petite Solange encourages us to wade through its protagonist’s inner world and dive into deep waters which almost leave us uneasy. While many directors choose to focus on the anger which forms an unavoidable part of adolescence, Axelle Ropert gambles instead on the cruel tenderness of the age, offering up a portrait of a thirteen-year-old girl who is, to all intents and purposes, very modern, mysterious and discreet, to the point she disappears behind other people’s worries. As explained by the director, whose intention was to deliver an intense and honest melodrama of the kind no-one dares to make anymore, “I wanted to scratch away at the shell we develop in adulthood, layer by layer, to expose the defenceless, fragile child that lies within”. The film’s vintage feel (reinforced by the voices of Italian singers from times gone by) is further enhanced by the innocence characteristic of certain adolescent heroines such as Sophie Marceau in The Party or Charlotte Gainsbourg singing Lemon incest.

Not wanting to point the finger at the parents (played by Léa Drucker and Philippe Katerine), instead quite simply relegating them to the fringes of the story, the director charts Solange’s transformation from a daughter and a sister (a role which her parents emphasise during an opening speech on the occasion of their 20-year anniversary) to a fragile and complex human being, like any other. Petite Solange is a seemingly lighthearted film which conceals a far darker soul, a brave work which swims against the tide, and which isn’t afraid to carry on believing in the cathartic power of cinema. A power which might even go so far as to wring out a tear or two…

Petite Solange is produced by Aurora Films (France) and is sold worldwide by mk2 Films.

“In my opinion, emotions are transmitted through simplicity”

A charismatic, young actress stars in the French director’s new film, dealing with divorce shown from the perspective of a child

EXCLUSIVE: Anaïs Demoustier and Tom Mercier will topline The Beast In The Jungle

The duo are set to star in Patric Chiha’s new movie - produced by Aurora Films with Frakas and Wildart, and due to be sold by Les Films du Losange – which will begin filming imminently

The filmmaker joins previous winners of the prize rewarding originality thanks to Petite Solange, while an honorary Jean Vigo Award went to Claire Denis

Axelle Ropert’s new film paints a candid, noir-tinged portrait of the inner world of an overly sentimental adolescent who is struggling to come to terms with her parents’ divorce

The director of Girl is currently filming his second movie, starring Emilie Dequenne and Léa Drucker

With seven features included in various Cannes section, including the new film from Joachim Trier in competition, the French sales agent holds many assets 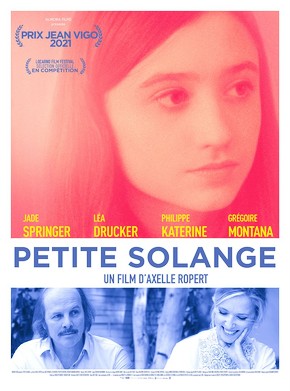 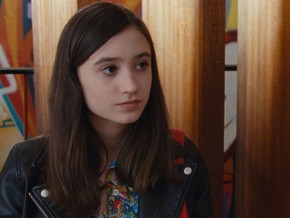 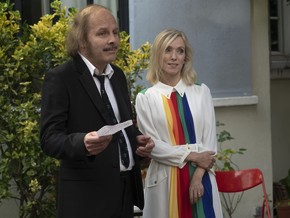