Having presented her first two feature films (L’homme qui marche [+see also:
trailer
film profile] and La fille et le fleuve [+see also:
trailer
film profile]) in Cannes’ ACID selection, this year sees Aurélia Georges travelling to the Locarno Film Festival (by way of the International Competition) to introduce her latest work Secret Name [+see also:
trailer
interview: Aurélia Georges
film profile]: a mysterious and elegant journey through the meanders of a society compartmentalised into social classes, which have no contact whatsoever with one another. Dripping with intense classicism and visual rigour, Secret Name urges us to place ourselves in the position of the protagonist who is forced, in spite of herself, to play a role which isn’t hers in order to survive, but primarily to try her hand at the freedom and tenderness which seem the exclusive reserve of the rich.

Surviving the oppressive chaos of war in a society where your social background plays an overarching role is by no means an easy task. And when you add the fact of being born “a woman” into the mix, the picture becomes especially bleaker: how do you go about defending yourself from a society based on a ferocious patriarchy? What weapons are available to beings who have been denied the right to express themselves? Secret Name tackles these uncomfortable questions, reminding us how much the past, no matter how distant, is often a grotesque reflection of the present - our present, which is still afraid to make its peace with diversity.

Despite being inspired by the English tale The New Magdalen (1873), penned by the mysterious Victorian author Wilkie Collins (a friend and collaborator of Charles Dickens), Aurélie Georges decided to set her feature film in France at the beginning of the First World War. In this dark and angst-ridden context, we find young Nélie - played by Lyna Khoudri, the winner of the Orizzonti’s Best Actress award in Venice (Blessed [+see also:
film review
trailer
film profile]) – a woman in search of some sort of social redemption which will allow her to exist beyond the confines of her social condition. With the help of the Red Cross, our heroine, who becomes a courageous nurse on the front line, can at last leave behind her life of misery where fighting to get by is an everyday event. During a brutal bombing raid, a mysterious woman loses her life and Nélie decides to steal her identity in the hope of improving her lot, definitively. Unfortunately, destiny has other plans, preventing her from peacefully living out a dream which instead takes the form of a nightmare. Guilty feelings begin to engulf her, and angst takes hold like an insidious shadow in her daily existence.

By way of a perfectly controlled crescendo of emotions, Aurélia Georges allows us to witness the protagonist’s triumph at finally being liberated from the burden of a society which seeks to control everything and everyone in it. Buoyed by an exceptional cast – the unforgettable Sabine Azéma, the mysterious and glacial Maud Wyler, who previously appeared in Locarno by way of David Roux’s Breath of Life [+see also:
film review
trailer
film profile], and rising star Lyna Khoudri - Secret Name urges us to reflect upon the notion of identity as a mask, a fluctuating state which has nothing to do with the true and profound essence of being. Nélie’s face, which sometimes appears childlike, seems to embody an inner world light years away from her social class: a world made up of battles, but also dreams. A world in which we can finally be ourselves.

An undeniably classic film, almost to the point of excess, Secret Name nonetheless manages to make us think about our present-day reality, where appearances count decisively more than who we are on the inside.

“As women, we have gained some space and some freedom, but corsets take different shapes”

In her Locarno competition entry, the Paris-born filmmaker focuses on women, and women only

“When I am at a big European festival and I go to watch a French or a German film, I always have open expectations” 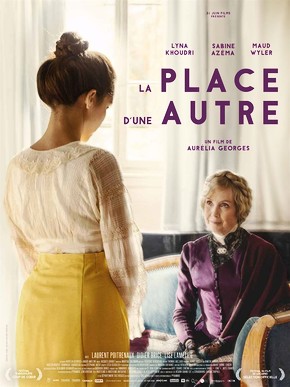 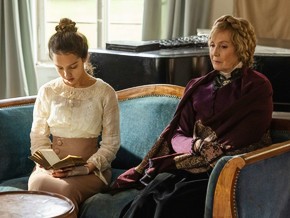 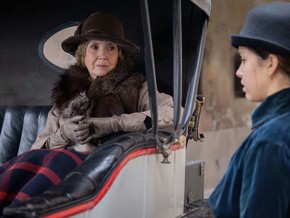 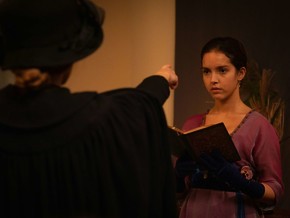