10/08/2021 - Stefan Jäger’s latest long-awaited film, shot in Ticino in 2020 with the support of the Ticino Film Commission, takes a bow on Locarno’s Piazza Grande

This story about a naturalistic community which took up residence on the summits of a mountain which lends the film its name, is told by the Swiss director in meticulous detail, but he nonetheless allows himself the freedom of homing in on a fictitious character: Hanna Leiter (played by Maresi Riegner), the supposed photographer who provided us with the few images we have of the legendary Swiss utopia.

Tackling the topic of the community of dreamers who turned Ticino into the first true paradise of alternative culture, long before hippies came to conquer the world, is no small feat. A lot has been said about that legendary time in Swiss history, but no-one has ever really dared to depict it as it might have truly been. Conscious of the implications linked to such an endeavour, Stefan Jäger had the good sense, as he himself explains, to share responsibility with a sizeable group of collaborators, which also included historians and which helped the film not to lose itself in senseless speculation: “knowing that we can only ever tell stories from our own, individual perspective, I relied on the intelligence of my hive of colleagues to double check my viewpoint”.

A work of fiction rather than documentary cinema which is screening on Locarno’s Piazza Grande, Monte Verità [+see also:
trailer
interview: Stefan Jäger
film profile] homes in on an imaginary character to talk about the wider condition of women at the beginning of the twentieth century, caught between marital obligations and social abuse. As explained by the director himself, through the story of his main character Hanna Leitner - a young mother from Vienna’s upper middle classes who takes refuge in the progressive Monte Verità community, quite literally in order to be able to breathe again - Jäger is trying “to understand the inner and outer resistance that a woman must have attempted at that time, if she wanted to go her own way”. Taking Hanna’s pre-community life as his point of departure, where she’s cooped up in her sumptuous Viennese residence helping her photographer husband as he suffers from continual panic attacks which are referred to as “asthma”, the film soon switches focus to the mountain overlooking Ascona, which she escapes to in order to reach her progressive and anticonventional psychoanalyst (Dr. Otto Gross, the father of so-called “psychosexology”). Here, Hannah meets a series of real-life bohemian intellectuals, such as the then young writer Hermann Hesse (Joel Basman), the dancer and choreographer Isadora Duncan, the founder of the community and women’s rights pioneer Ida Hoffmann (Julia Jentsch) and the mysterious Lotte Hattemer (Hannah Herzsprung). After some initial reluctance, the protagonist finally gets to taste the joy that comes with limitless freedom, as well as devoting herself to her “forbidden” passion: photography.

Sidestepping most of the clichés which often blight the story of the famous, avant-garde Swiss community – nudism, sexual freedom, esoteric practices - Stefan Jäger successfully remains within the realms of the reasonable. The film’s costumes, naturalistic decor and dialogue stay close enough to historic reality so as not to weigh the film down with unhelpful banalities. It’s true that Monte Verità does overdo the melodrama surrounding the protagonist, torn between motherhood and freedom. But, overall, her reactions and panic attacks, which might now be mistaken for naivety, were very much a daily event for many women of her time. In short, Monte Verità is a coherent film which opens a realistic albeit fictionalised window onto an unconventional community which deserves fame far beyond the borders of its own native Switzerland.

The Swiss director invites everyone to revisit “The Mountain of Truth”, a utopian colony that welcomed all of the unconventional thinkers

Screening in the Piazza Grande strand of this year’s festival, Stefan Jäger’s film follows a young mother who abandons her family and flees to the titular sanatorium

The Rhinish Co-Production Meeting will unspool from 28-30 June in Strasbourg and will showcase French- and German-language projects, encompassing both fiction and documentaries

Several German TV channels, together with Constantin and UFA, are producing this high-end series that uses the famous KaDeWe warehouse in Berlin as its setting

Stefan Jäger’s latest long-awaited film, shot in Ticino in 2020 with the support of the Ticino Film Commission, takes a bow on Locarno’s Piazza Grande

At the Zurich Summit, the burning issue of film production during the pandemic was discussed by European professionals, who nevertheless also looked to the future

The film, set to start filming on 22 August, is a period drama revolving around a woman’s across-the-board emancipation 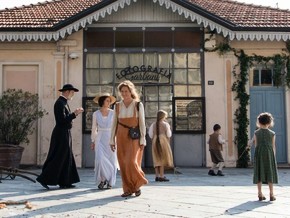 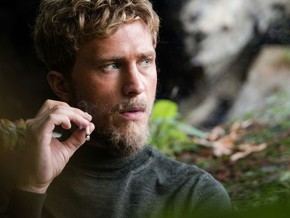 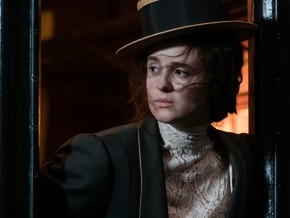 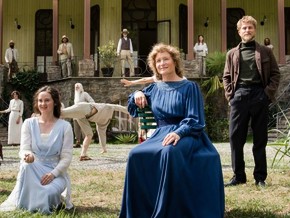 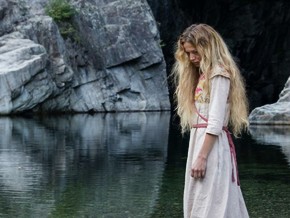 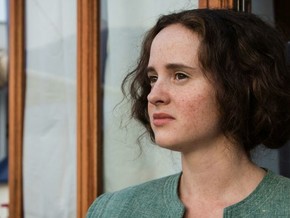 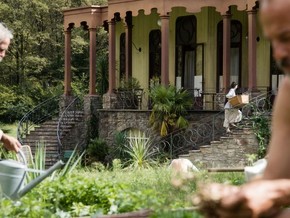 With his debut feature, the Swiss filmmaker brings us into a mysterious world of desire, revolt and lightness