Following in the footsteps of successful Belgian comedies of which fans endlessly repeat the iconic lines, but also in the tradition of a rich cinema that multiplies narrative tracks and colourful supporting characters, Gaëtan Liekens and David Mutzenmacher deliver a crazy comedy with resolutely Belgian DNA, which is released today in national cinemas. Francis (Wim Willaert), a small accountant in a nightclub, has marital problems. His wife Martine (Vanessa Guide), too young and beautiful for him, is bored. She is so bored that she may just go and look elsewhere, but Francis is ready to do anything to keep the love of his life. He therefore prepares a Machiavellian plan, which fails in a spectacularly systematic way, until that morning when after a drunken fight, he discovers Martine’s head in the freezer.

He who wanted more than anything to put the pieces back together isn’t too sure what to do with this cumbersome bit of a woman. And that’s only the beginning… Follow quite a few guns, some vintage cars, haemoglobin jets, improbable misunderstandings, a temporal line scattered with care, the union minimum of scatophilic jokes, and of course, exceptional incompetents.

Music Hole isn’t afraid of caricature, of thickening the line to provoke laughter but also sometimes reflection on our little vanities and our great cowardice, or vice-versa. No hesitation genre here: Music Hole is schoolboy comedy à la mad thriller.

To carry out this audacious project, a cast that could rise up to the challenge was required, one that wouldn’t hesitate one second to put itself in danger and brave ridicule to serve the unbridled imagination of the auteurs, led by the indescribable Wim Willaert (Flemish Heaven [+see also:
film review
trailer
interview: Peter Monsaert
film profile], Ma famille et le loup, soon to be seen in the latest film from Jan Bucquoy, The Last Temptation of the Belgians [+see also:
film review
trailer
interview: Jan Bucquoy
film profile]).

Music Hole was produced by Rockstone Films (Belgium, which also distributes the film in the Flat Country) and Paramax (France). International sales are handled by EuropaCorp.

“A comedy about the demise of a relationship, or rather the denial of its demise”

We met with the co-director (alongside David Mutzenmacher) of this dark and off-the-wall comedy written with a Belgian accent, which is released in Belgium on Wednesday 11 August

Having turned heads with his first feature Yam Dam, which was released in 2014, the director is now filming his second feature between Virton and Arlon in Gaume 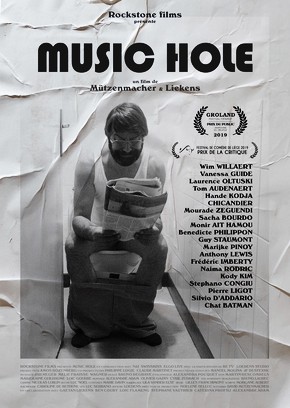 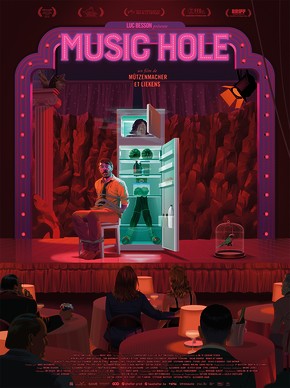 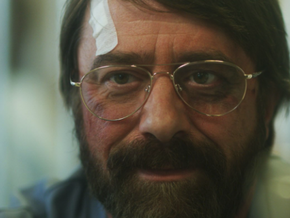