24/08/2021 - Sonja Tarokić's feature debut is a master class in directing, with a strong social message and powerful emotion in a setting that represents a microcosm of Croatian society

Marina Redžepović in The Staffroom

Croatian director Sonja Tarokić bursts onto the international festival scene with a bang: her feature debut, The Staffroom [+see also:
trailer
interview: Sonja Tarokić
film profile], which has world-premiered in Karlovy Vary's competition, is a study of society in the form of a whirlwind of characters and situations. Sprawling and ambitious with good reason, it is an enviably mature and accomplished work.

Our hero is Anamarija (Marina Redžepović, in her first lead role in a major feature film), a thirty-something counsellor in a Zagreb primary school. When she starts her job, she is enthusiastic, tackling the kids' problems head-on and confronting the establishment full of tricky relationships, power games and fragile egos.

Anamarija's optimism and belief in her own professionalism and basic human decency will soon collide with the bumpy, often unpleasant, deeply entrenched inner workings of this complex system. Early on, the counsellor does her best to help a problematic boy, who is creative and intelligent but wild and often aggressive, only to run into obstacles thrown up by the head, Vedrana (Nives Ivanković), and the relationship between the boy's parents and his class's teacher. Like other sub-plots, this narrative line will snake through the film until the very end, with a heartbreaking scene involving the kid's mother.

Then there are issues around children filming stuff in class and posting it on the internet, or with Anamarija's idea to connect creative groups at school, which will of course bring the teacher running the drama group and the one leading the acting group into conflict, leaving the counsellor as the one suffering the most.

But the key conflict Anamarija has is with Siniša (Stojan Matavulj), an eccentric and paranoid history teacher in his sixties who all the staff seem to have decided is simply better to avoid. Thinking of himself as an old-school erudite, but really more akin to a small-time conspiracy theorist, he insists on teaching only from a problematic textbook that he wrote himself, much to the chagrin of the parents' council. All of this leads Anamarija to understand that she cannot swim against this tide, and will have to sacrifice her integrity if she is to survive in this environment and avoid ending up like Siniša.

Almost exclusively setting her film in the school, barring a field trip and a few scenes in Anamarija's household (she has a husband and a son, the viewer has to remind themselves), Tarokić goes for an Altmanesque approach, with a complex, excellently executed mise-en-scène crowded with grown-ups, children and their voices that create a never-ending murmur. Danko Vučinović's lingering camera often focuses on a person in the back of the shot, between a crowd of heads or through windows. At other times, it follows a character as they move, scanning them up and down. In Tarokić's script, the delay in providing information about key events which often happen off screen strengthens the vibe of this barely controlled chaos.

The colour scheme is dominated by reds and whites, not least coming from the naive art that covers many of the school's walls. Coupled with the musical score by folk group Lado, consisting of hand-clapping and throaty voices, it implicitly harks back to the divide between tradition and modern ideas, a hallmark of Croatian society.

Present in almost every shot of the 126-minute film, Redžepović shines with her range, marking her out as a future star, after a 13-year career with 34 roles in shorts, features and TV series. But the towering performance by Matavulj as the history teacher and the delicious manipulativeness of Ivanković's apparently ignorant head are what add tension and spice to the film.

The Staffroom is a co-production between Croatia's Kinorama and France's KinoElektron. New Europe Film Sales has the international rights.

more about: The Staffroom

“It’s a story about realising you are not a hero”

In her feature debut, the Croatian director heads back to school – only to find out that some things never change

The Slovenian writer-director has started shooting his third feature, about a bullied boy and his mother, a school psychologist who has an enemy of her own

Serbian drama As Far as I Can Walk sweeps a handful of awards, including the top prize, at Karlovy Vary 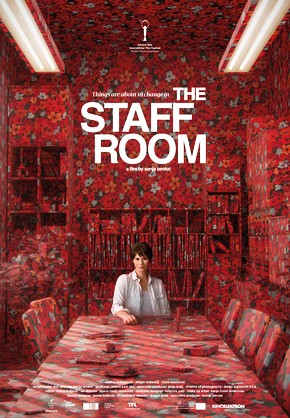 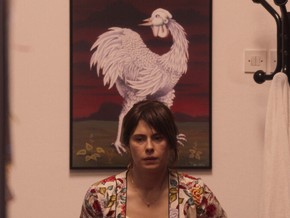 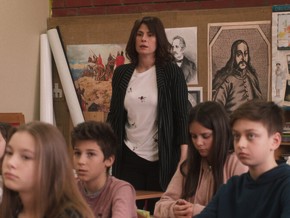 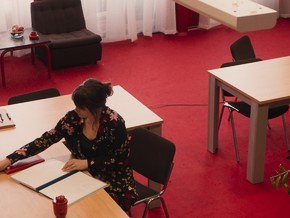 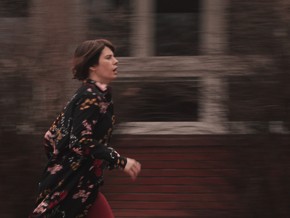 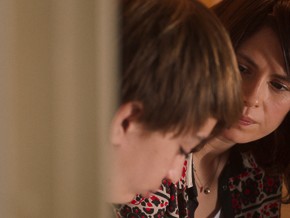 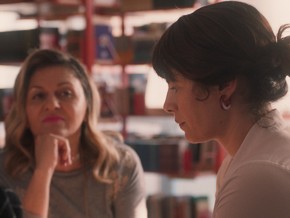