Review: Mirrors in the Dark

There are many ways to save a dying relationship. In Hollywood movies, it's usually an external act or event that pushes the protagonists back together unwittingly or unknowingly. But such easy solutions that absolve the main characters of self-reflection and hard choices is not the way of European cinema. For his debut film, Mirrors in the Dark [+see also:
trailer
interview: Šimon Holý
film profile], which is playing in the East of the West Competition at the Karlovy Vary International Film Festival, writer-director Šimon Holý has his protagonists sit down and ask each other probing questions, knowing that the answers they give will help them decide whether to stay together or not. Are they soul mates or just not brave enough to split up?

And these are not just any questions. They are ones developed by psychologist Arthur Aron, who conducted a study exploring whether intimacy between two strangers can be accelerated by having them ask each other a specific series of personal questions. They are questions that start generally: would you like to be famous? Then they become a bit more personal: what is the greatest accomplishment in your life? And then they drill down to the essence of one's being: how close and warm is your family? Do you feel your childhood was happier than most other people's? The 36 questions in the study are broken up into three sets, with each intending to be more probing than the previous one. Holý says in the production notes that he took the test with his ex-partner and thought it had many cinematic possibilities.

The movie was shot in black and white, and the filmmaker was inspired by the Czechoslovak New Wave. Holý challenges the formalism of film language by placing the camera over the shoulder of František (Borek Joura), who is reading the questions off his mobile phone to Marie (Alena Doláková). The unmoving camera stares at Marie, and it's her reactions that tell us much about this failing relationship. The camera eventually breaks away from Marie after the first set is finished, and we see images from her life as a contemporary dancer preparing for a show. Holý then returns to the questioning, and each time he does this, he moves the camera a little closer to Marie, and František takes up less space in the frame. We learn that Marie has just turned 30 and is wondering about where her personal life and dance career are heading. Is either worth saving? It is not a decision that František is going to make, and the fact that we only see over his shoulder shows that the film, or the director, is not so interested in him as a character. He's more a mirror to reveal things about Marie.

While the questions are fascinating and some of the answers are illuminating, such formalistic filmmaking requires a willing audience. This one also demands a liking for contemporary dance. The performance being rehearsed is based on stories of classic literary realism heroines, such as Maryša (the Mrštík brothers), Nora and Hedda (Henrik Ibsen), all women at crossroads in their lives. The final part of the test is for the protagonists to stare into each other's eyes for four minutes. The fact that director Holý chooses not to show the full stare-down seems to confirm what the dialogue has indicated: that the couple will not make it. Instead, the film shows Marie performing the dance, proving that it's an odd idea to do a test designed for strangers as a last-ditch effort to save a relationship.

Mirrors in the Dark is a Czech production staged by šššššFilm, and co-produced by Bridge Films and Silk Films.

more about: Mirrors in the Dark

Interview: Šimon Holý • Director of Mirrors in the Dark

“These are questions that people don’t usually ask each other”

The director talks to Cineuropa about his film, which hinges on a test that tells us whether we are romantically compatible with our partners

Review: And Then There Was Love…

Šimon Holý’s sophomore feature is a quirky, melancholic comedy about two generations struggling to understand each other

Šimon Holý ready with his lo-fi take on love in times of quackery, And Then There Was Love…

The sophomore feature by the young emerging Czech director, about pursuing happiness through esoteric means, will bow in the new Proxima competition at Karlovy Vary

The Pop Up Film Residency Visegrad announces its selection

The second edition of the programme will take place in Budapest in June, welcoming four projects from the Visegrad countries

Documentaries about an iconic US cinematographer and a former U.N. chief of weapons inspector amongst the films by Czech filmmakers nearing completion

Review: Mirrors in the Dark 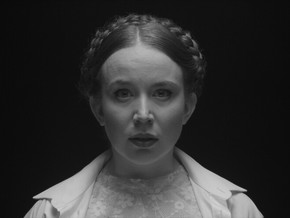 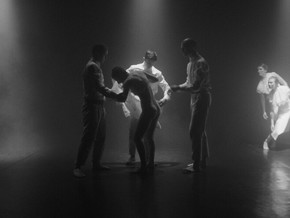