04/09/2021 - VENICE 2021: Michelangelo Frammartino captures the breath and the rhythm of the spaces that he explores, through the story of a group of young speleologists descending into a deep cave in Calabria in 1961

If the myth of Plato's cave refers to cinema, then making a film about the exploration of a very deep cave is akin to going down into the heart of cinema itself, bringing light into the darkness of an unknown world, casting long shadows. Speleologist Andrea Gobetti writes “we crawled into the bowels of the earth so as not to be anxious about the passing of time.” Which is exactly like spending two hours in a darkened room watching a film. Aware of this fact, Michelangelo Frammartino brings, to the Competition of the 78th Venice Film Festival, Il Buco [+see also:
trailer
interview: Michelangelo Frammartino
film profile], in which a group of young Piedmontese speleologists descend into the subsoil of the Pollino, a mountainous system between Calabria and Basilicata, in the Bifurto Abyss. What they discover there is, at that time, the third deepest cave on the planet.

This is not a documentary but a reenactment of an event that occurred in 1961 in Italy. The Milanese director equipped 12 young speleologists, selected during a year and a half of casting throughout Italy, with 60-year-old equipment and filmed them as they repeated the feat of their predecessors along the 700 meters of the narrow fracture in the ground. What is striking from the very first shot is the breathtaking photography, which presents an uncontaminated nature where green dominates, dotted with patches of grazing cattle, and the warm and humid colours of the cave. Responsible for this magic is Swiss cinematographer Renato Berta (a 76-year-old who has worked with masters such as Godard, Resnais, Rohmer, Rivette, Malle, Téchiné, Huillet-Straub and De Oliveira). The caves remain absolutely off-screen like a darkness hostile to the camera, as Frammartino pointed out in a meeting with the press at the end of filming. Yet, "the off-screen, the invisible, represent its deepest 'substance.'"

To underline the sociological aspect of the deep North-South gap, the director shows the economic boom of the 1960s through images of the tallest building in Europe, the Pirellone then just built in Milan, and which the inhabitants of the Calabrian village near the crevasse watch on a black-and-white television in the bar. This human conquest perfectly mirrors that of the abyss created by Nature. An elderly blue-eyed shepherd’s slow gestures and calls to cows stand in contrast to the undertaking of the 12 speleologists. The farmer is photographed in the foreground, while the explorers are always seen in the distance, from a raised observation point, as if seen through an impartial and equitable gaze. The dialogues are unintelligible (as in his previous film), recorded by Simone Paolo Olivero's microphone in a naturalistic way, the ensemble creating a sensation of absolute suspension.

In his third film after Il Dono [+see also:
trailer
film profile] (presented in Locarno) and Le quattro volte [+see also:
film review
trailer
interview: Michelangelo Frammartino
interview: Savina Neirotti
film profile] (winner of the Europa Cinemas Label at the Directors’ Fortnight in Cannes), Frammartino returns to film in the Calabria of his parents. Il buco, born of his encounter with the Pollino territory and in particular with the speleologist Nino Larocca, reaffirms that way of understanding the seventh art called "slow cinema" or cinema of reality, which captures the breath and the rhythm of the space it explores through a non dramatic narrative.

“We descended 400 metres to film the ungovernable”

VENICE 2021: The Italian director joined up with a group of speleologists in a Calabrian cave to recreate the expedition dating back to 1961

Triangle of Sadness triumphs at the 35th European Film Awards

Ruben Östlund's film has won all the awards it was nominated for, including Film and Director, while Vicky Krieps won European Actress for her work in Corsage

The European Film Academy announces the winners of the Excellence Awards

SE_CINE reflects a Europe with its doors open to the world

Consulted by a diverse range of European invited experts, the Academy Board has chosen 30 films to vie for the awards, and will round off the selection in September

Directed by Alberto Barbera, the 79th Venice International Film Festival is unspooling between 31 August and 10 September 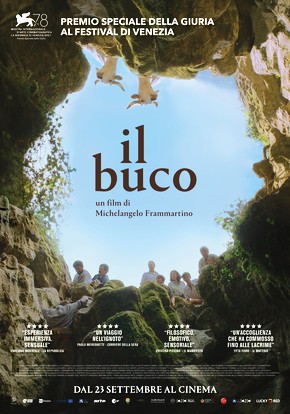 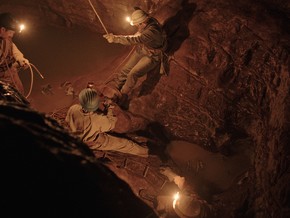 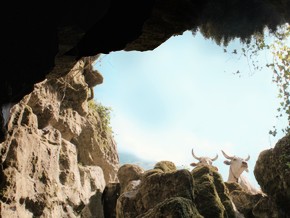