Noticed in 2014 with their documentary Ne me quitte pas [+see also:
trailer
film profile], Sabine Lubbe Bakker and Niels van Koevorden deliver with their first fiction feature, Becoming Mona [+see also:
trailer
interview: Sabine Lubbe Bakker and Nie…
film profile], the portrait of a background heroine, dedicated to the care of others and who will have to learn to no longer forget about herself. Selected in National Competition at the Brussels International Film Festival, the film is adapted from the bestseller by Belgian writer Griet Op de Beeck.

Mona is 9 years old when he mother dies in a car accident. Practically from the start of the film, we find the little girl in an intensely emotional situation. The father, who was driving the car, falls apart in the middle of the night in front of his children, just a few hours after getting off the road, asking himself about this unpredictable driving error.

Mona, thrown despite herself in a role that would be hers for the next 30 years, finds herself at 9 years old comforting her father, while she has just lost her own mother. What follows is a succession of events and conversations, seen through the eyes of Mona (played at 9 years old by Olivia Landuyt, then by Tanya Zabarylo, an actress regularly seen in the theatre and on television, who here finds her first major role on the big screen), more often a spectator than an actor of her own life.

Throughout these confrontations, spread out through three major periods of her life, broken up by long ellipses, Mona keeps a low profile and brings support, love and encouragement to her father (Tom Vermeir), but also to her step-mother (Wine Dierickx), a depressive woman who lets all the troubles of her relationship lay on her frail shoulders, to her brothers and sisters (Tijmen Govaerts and Kyra Verreydt), to her director colleague (Stefan Perceval), a professional harrasseur whose only mode of communication appears to be aggression, and to her partner (Valentijn Dhaenens), a megalomaniac writer who appears to take Mona, a playwright herself, for his personal nurse, in charge of his physical and psychological well-being.

Sabine Lubbe Bakker and Niels van Koevorden walk a very fine line, all in subtle gestures, and touches. Mona speaks very, very little. An evanescent and strangely elusive anti-hero, she listens, watches, observes. And so with her, we listen, we observe, we scrutinise. We scrutinise the emotions that rise in her gentle and often resigned eyes, just as we do the monstrous demonstrations of oversize egos that are used to taking up space. Even all the space.

At every new encounter, we expect a reaction, like a Pavlovian reflex, that would lead Mona to send the parade of toxic relations that poison her life on their way. Even though she is always here supporting others, she inevitably finds herself the scapegoat, the designated culprit responsible for all the dysfunctions of the familial, professional and love circles. Some even reproach her for taking care of others.

And yet, the discreet Mona, the very woman who usually hides to cry during group therapy (see the incredible scene where she tries a kind of rebirth experience, which seems to literally freeze her rather than make her progress), keeps moving forward, a breathing allegory of what modern psychology calls emotional or affective charge. And if she eventually frees herself, it will no doubt be in her own way, in silence and in the most discreet way possible.

Becoming Mona, presented last autumn at the Gent International Film Festival, won the Ensor award for Best Co-production in January. It is produced by Submarine (Netherlands) and Lunanime (Belgium). The film, which will be out in Belgian cinemas on 17 November, will be distributed by September Films.

The two Dutch filmmakers, winners of the Grand Jury Prize at the Arras Film Festival, analyse the singular approach of their first fiction feature

The second feature by British filmmaker Ben Sharrock, already laureate of the Cannes 2020 Label, has won the Grand Prix

Belgium’s two public TV channels are joining forces to address an enigmatic episode in national modern-day history: the case of the Brabant Killers

Packing premieres, dual screenings and tributes to Terry Gilliam and William Friedkin, it’s the turn of the Grand Duchy’s greatest festival to adapt in the face of the pandemic 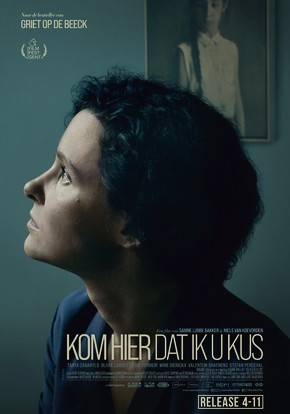 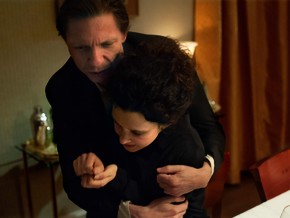