Review: Saving One Who Was Dead

Vojtěch Dyk in Saving One Who Was Dead

Saving One Who Was Dead [+see also:
trailer
interview: Václav Kadrnka
film profile] is the third instalment in what Czech filmmaker Václav Kadrnka describes as his “Absence of a Loved One” trilogy. It follows his debut, Eighty Letters (2011), and his sophomore effort, Little Crusader [+see also:
film review
trailer
interview: Václav Kadrnka
film profile] (2017), a mildly surprising recipient of the Crystal Globe at Karlovy Vary in 2017. Both of these films were typified by an austere and minimalistic style in which symbolism was rife. While Saving One Who Was Dead – which has world-premiered in the International Competition of the 55th edition of Karlovy Vary, and which the director has said is semi-autobiographical – is perhaps more narratively conventional than Kadrnka’s previous works, there’s still an overwhelming air of sparseness as he explores the liminal world that hovers between life and death.

The Father (Petr Salavec) has suffered a stroke. Both The Mother (Zuzana Mauréry) and The Son (Vojtěch Dyk) are now tasked with looking after a body that exists in a state of spiritual and physical limbo: neither alive nor dead. As the doctors remain sceptical about The Father’s chances of recovery, The Mother – textbooks in hand – tries to understand more about how to change the situation. The Son is more impassive, sometimes wandering the corridors of the hospital in what seems to be a torpor. Both always find themselves returning, holding the hand of their loved one and somehow trying to will him back into some sort of existence. But is resurrection ever possible?

The film sets out its stall from the opening moments, as we painstakingly follow The Son as he roams the drab corridors of a modern Western European hospital. As he moves up and down numerous flights of stairs, glimpsing patients through doors or catching sight of the building renovations outside, the concept of a “real world” seems within reach yet far away. As he finally wends his way to his father – lying prostrate on a bed, almost looking like a religious tableau – we understand how we are trapped in something of a Sisyphean world, a place in which meaning and consequence seem – at best – nebulous. As The Father hovers between life and death, the world seems to be a never-ending series of corridors and stairs via which we go round in circles or find destinations that are little more than dead ends.

The film emits a quiet claustrophobia, partly thanks to being shot in a portrait format (apart from a moment later on, which becomes quietly triumphant), which lets DoP Raphaël O'Byrne emphasise a constricted world. There’s also a play between realism and dreamlike moments. The Son, who himself suffers from a heart defect, which seems to ironically create a stronger connection between him and his father, flashes back to childhood, with his younger self visiting his comatose dad. As the movie reaches an ambiguous conclusion, there’s an air of Roy Andersson as it flirts with both theatricality and overt surrealism.

For those who have suffered life-changing events – from the loss of a loved one to having a child – Saving One Who Was Dead is an intriguing evocation of the feeling that can surround them. The feeling that real life exists but is no longer connected to you, personally – even when it keeps “intruding” – and that the world is somehow off-kilter.

Yet the film’s austere nature and theatrical elements are often distancing – despite the efforts of the stoic cast – and it often comes across as a piece to admire, rather than one to emotionally engage with. Certainly, one cannot see the picture doing much outside of a select few festival screenings and enjoying mild domestic success.

Saving One Who Was Dead was produced by Sirius Film (Czech Republic), and was co-produced by Czech Television, Silverart (Slovakia) and Bocalupo Films (France).

more about: Saving One Who Was Dead

Interview: Václav Kadrnka • Director of Saving One Who Was Dead

"To convey the personal experience my film is based on, I developed a very specific cinematic language"

The Czech filmmaker discusses the third instalment in what he describes as his “Absence of a Loved One” trilogy, which has competed for the Crystal Globe

Slovak cinema experiences a slowdown after the second year of the pandemic, braces for a comeback

The national funding body, the Slovak Audiovisual Fund, has responded with a special scheme to support cinemas and has transferred funds into scholarships

Croatian director Antoneta Alamat Kusijanović's coming-of-age tale, which won the Caméra d'Or at Cannes, was awarded the main prize in Luxembourg after a 17-day festival

Review: Saving One Who Was Dead 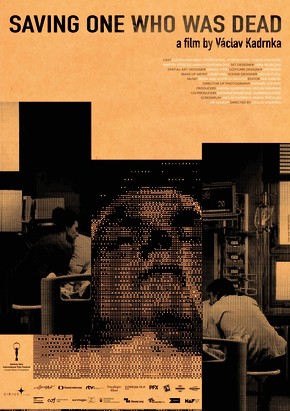 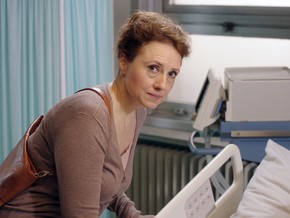 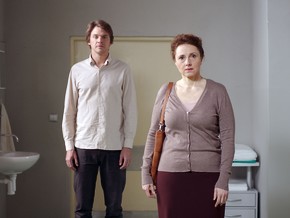 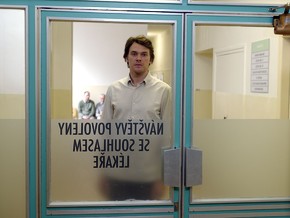