Silvio Orlando and Toni Servillo in The Inner Cage

In his 1975 essay Discipline and Punish: The Birth of the Prison, French philosopher Michel Foucault took Jeremy Bentham’s eighteenth-century idea of the panopticon – a circular prison facility with a tower at its centre, from which prisoners can be constantly watched whilst they themselves cannot see – to use it as an example of a modern and strategic form of control on the part of the authorities. While making The Inner Cage [+see also:
trailer
interview: Leonardo Di Costanzo
film profile], presented Out of Competition at the 78th Venice Film Festival, Leonardo Di Costanzo must have been struck by the words used by Foucault to describe the panopticon: "so many cages, so many small theatres, in which each actor is alone, perfectly individualised and constantly visible”. It’s almost an invitation to a dramatic performance.

Indeed, Di Costanzo serves up a “play” (the screenplay was written alongside Bruno Oliviero and Valia Santella) which could almost be theatrical given its claustrophobic setting. We’re in modern-day Italy in an old, decommissioned prison in an unspecified, inaccessible location. The prison guards are toasting their imminent return to their homes when the prison director informs them that a dozen or so inmates are unable to leave due to sudden unavailability in the prison to which they were scheduled to be transferred. While they wait for a new placement, a group of officers must remain on the premises to watch over them, led by Inspector Gargiulo, who is played with measure and simplicity by Toni Servillo. It’s from this point that the director begins his experiment. Between the solid, nineteenth century walls of the edifice – walls which make the air still, as suggested by the title – two small groups are left alone to get the measure of one another: the “guards” and the “crooks”. The two sides aren’t entirely homogeneous – there are a few “hot heads” amongst the prisoners, too – and man-to-man conflict invariably ensues.

At the heart of the panoptic metaphor is Gargiulo, a Neapolitan man of working-class origins who’s straight-up, fair-minded and entirely free of hate, faithful to a warder’s number one rule: don’t fraternise with the prisoners. During a confrontation with Carmine Lagioia, a well-mannered mafia boss played with the required ambiguity by Silvio Orlando, the Inspector stresses: “you and I have nothing in common”.  But this really isn’t true, and his rule will end up broken. The arrival of a fragile and defenceless, young man (Pietro Giuliano) who has been arrested for a crime which he pays for in spades, mixes things up and rouses consciences. The prisoners refuse the pre-packaged food offered to them and Inspector Gargiulo subsequently opens up the kitchens, going so far as to sit down to eat with the inmates, despite these “concessions” being strongly criticised by his more hard-line colleagues (Fabrizio Ferracane and Leonardo Capuano).

With ethno-anthropological studies safely tucked under his belt, Di Costanzo previously delivered an acute observation of the social dynamics at work in his native Naples by way of The Interval [+see also:
film review
trailer
interview: Leonardo Di Costanzo
film profile], which was presented in Venice and scooped a David di Donatello Best New Director award, and The Intruder [+see also:
film review
trailer
film profile], which was selected for Cannes’ Directors’ Fortnight. Demonstrating the coherence and continuity of his research, The Inner Cage sees the filmmaker developing the arguments previously explored in his two earlier films, which were also shot in “confined” environments where close confrontations ensue. Specifically, in The Interval a girl and a boy are trapped in a huge, abandoned building in a working-class area, forced by a gangland boss to watch one another. The Inner Cage also involves an “interval”, a space which opens up in the most inflexible structure of them all: a prison. It’s a minor miracle which erupts within power relations, offering up a high-class acting duel between Servillo and Orlando.

more about: The Inner Cage

The producers of Leonardo Di Costanzo's film are invited to speak about their collaboration and the financing of their film, which has received Eurimages support

“Just like a documentary, at a certain point my research began to turn into a dramaturgy”

VENICE 2021: The Italian director speaks to us about his latest film, which is imbued with a suspenseful atmosphere and theatrical tones, and is led by Toni Servillo and Silvio Orlando

Roberto De Paolis to bring Princess to the Lido

The US actress, flanked by Mariano Cohn, Leonardo Di Costanzo, Audrey Diwan, Leila Hatami, Kazuo Ishiguro and Rodrigo Sorogoyen, will choose the winner of the next Golden Lion

The Hand of God wins six awards, including Best Film and Best Actresses. Four awards go to Nostalgia and The King of Laughter, among them Best Director and Best Actors 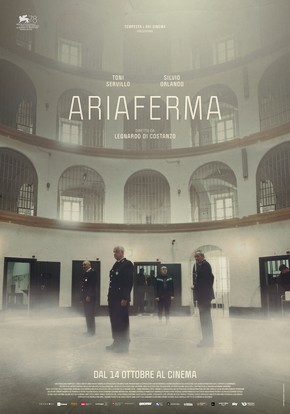 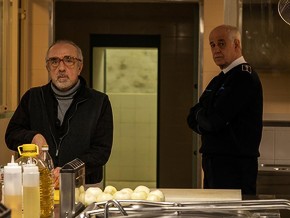