03/09/2021 - VENICE 2021: Peter Kerekes takes a look at mothers behind bars, crossing the boundary between reality and fiction so often that there is no boundary any more

We all know the feeling – there are no films about mothers, and then all of a sudden, two come along, on the same day, at Venice. Peter Kerekes’ Orizzonti proposal, 107 Mothers [+see also:
trailer
interview: Peter Kerekes
film profile], doesn’t possess the sheen of the Almodóvar opener Parallel Mothers [+see also:
film review
trailer
making of
film profile], obviously, although someone does paint the soles of her shoes red here to make them look more like those Louboutin heels. It’s still an engaging watch, however, despite – or because of – being set in one of Odessa’s correctional facilities for women.

Trying to make up its mind between documentary and fiction, ultimately embracing both (with the help of professional actress Maryna Klimova), it finds humour and tenderness in the worst possible situation – these ladies, usually convicted for murder, are here to stay for a while. In the meantime, however, they share stories, learn how to control their emotions better and how to put on a show for a judge, with only their fellow inmates knowing how they really feel about their victim’s untimely fate.

Sometimes, and Kerekes seems to be especially fascinated by this, they were even married to them, snapping one day and changing their destiny forever. Here’s the thing, though – the concept of the “crime of passion” and the whole trajectory from love to murder have been slowly deromanticised over the past few years, thankfully. Arguably, the gender switch makes it less jarring, which is probably not fair, but even this kind of exchange about the reasons for committing such a crime would sound completely different if the inmates and guards were male:
- “Why did you kill him?”
- “Jealousy.”
- “I understand.”

It sounds a bit funny, and terrifying of course, and it can be sometimes, with these prisoners generally telling it how it is. On most days, they stick to their routines. Sometimes, they give birth to babies, even though they can keep them for just three years before the orphanage or a family member comes knocking. Kerekes, but also some of his protagonists, seems to have very traditional views on what makes a woman’s life feel worthwhile. It’s motherhood and love, even when it’s gone terribly wrong, as a lonely woman is also one who seems to be pitied the most here, even though she actually works in the prison. Iryna (Iryna Kiryazeva) might not be behind bars or giving birth to a child she can’t really care for, but she is single, and that’s about it, even for her own nagging mother. In prison or outside in the wide world, some things just don’t change fast enough.

“Life has nothing to do with logic”

Presented during the European Film Awards ceremony, the award is a sign of ongoing support now that the country's production infrastructure has collapsed

In Luxembourg, Hungarian directorial duo László Csuja and Anna Eszter Nemes have emerged triumphant with their intimate story of love and emancipation

The second Mirage Film Festival is ready to get going

Exploring the art of the real, the Norwegian event focuses on cinema and discovers other forms of art that celebrate creativity, with a total of 35 films being showcased

A year in Czech cinema to be condensed into a single, annual showcase at Finále Plzeň

The 35th edition of the gathering will reflect the national films that were created during the COVID-19 pandemic, also venturing beyond domestic borders

Slovak cinema experiences a slowdown after the second year of the pandemic, braces for a comeback

The national funding body, the Slovak Audiovisual Fund, has responded with a special scheme to support cinemas and has transferred funds into scholarships 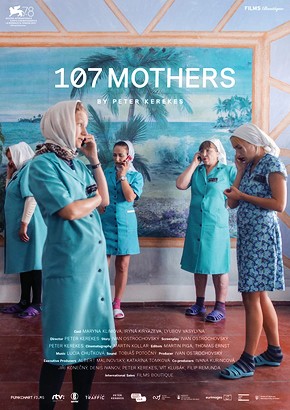 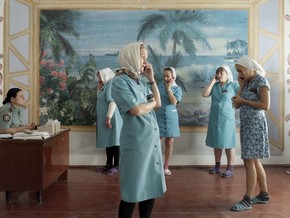 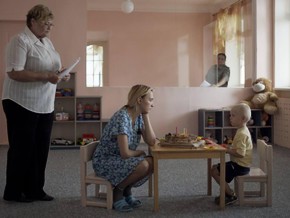