06/09/2021 - VENICE 2021: Bolivia’s Kiro Russo delivers a fascinating film where nature and the poison of sprawling urbanisation collide to seismic effect

"This environment is killing me". At the foot of the heady mountains of the Andean Altipiano, in a chaotic concert of pneumatic drills and car horns, amidst a landscape shot through with buildings under construction and an anarchic tangle of electrical cables, stretches the enlarged metropolis known as La Paz, and it’s at the heart of the Bolivian capital and at the epicentre of the discrepancies between modernity and nature that Kiro Russo has chosen to continue, by way of The Great Movement (El gran movimiento)- which was presented within the 78th Venice Film Festival’s Orizzonti line-up - his captivating cinematic opus, which sits at the crossroads between fiction and documentary and which began with his first feature film Viejo Calavera (awarded a Special Mention within Locarno’s Cinéastes du Présent section in 2016).

Linking back up with Julio César Ticona, who plays the part of Elder, a miner from Huanuni who has travelled with his colleagues (by way of a seven-day walk) to take part in an employment demonstration, the director dives into the latter’s wake (as well as that of his friends Gallo - Israel Hurtado - and Gato - Gustavo Milán), taking in the lives of the people of modest means who sustain the metropolis at market, in the steep maze of tiny streets overhung by cable car lines. But our young man, who is taken under the protective wing of Mamá Pancha (Francisca Arce de Aro) - a woman who supposedly knew his mother well – subsequently falls ill: he becomes wheezy, his lungs full of dust, and his condition grows worse with every passing day. Fever soon gets the better of him… That’s when the film’s second main character Max (Max Eduardo Bautista Uchasara) comes onto the scene, a "celestial bum", of sorts, who survives on the edge of the town, surrounded by trees, rocky peaks and waterfalls, between visions and chants, meditative trances and intercessory exorcisms in league with the forces of nature. He’s something of a phenomenon who regularly descends into the poorer neighbourhoods of the town, where he’s welcomed with kindness and gentle ribbing ("have a wash", "how many townspeople live in your head?"). Because in the land of Pachamama, the mother-earth goddess of Andean cosmogony, people truly believe in purification rituals and warding off evil spirits… But will it be enough to save Elder?

Creating a striking level of chemistry between profound documentary realism and mesmerising fiction (primarily by playing with shadows and image granularity, but also by indulging in one or two flights into purest fantasy and two exciting but totally unexpected dance segments – somewhat reminiscent of Mountains May Depart [+see also:
trailer
film profile] by Jia Zhangke), Kiro Russo imposes his brilliant cinematographic personality and his highly original gift for conveying atmospheres, but he also infuses the film with a clear desire to resist the violence resulting from the failings of civilisation ("never kneeling", "the hearts of fighters"). Without a doubt, he’s an artist to watch…

more about: The Great Movement

The upcoming edition of the Wrocław-based gathering, which will pay tribute to Agnieszka Holland, Joanna Hogg and Lucile Hadžihalilović, includes over 200 features and will unspool from 21-31 July

Recent works by filmmakers such as Miguel Gomes, Terence Davis, Bruno Dumont and Carla Simón will be showcased at this event focusing on independent talent

The 27th edition of the festival closed with Janko Baljak’s film about Želimir Žilnik, amidst a Film Center Serbia scandal that saw funding refused to Žilnik, Goran Marković and Srdjan Dragojević

VENICE 2021: Other big European winners of the evening include Paolo Sorrentino, awarded the Jury’s Grand Prize for The Hand of God, and Penélope Cruz who scooped the Volpi Cup for Parallel Mothers

VENICE 2021: Bolivia’s Kiro Russo delivers a fascinating film where nature and the poison of sprawling urbanisation collide to seismic effect 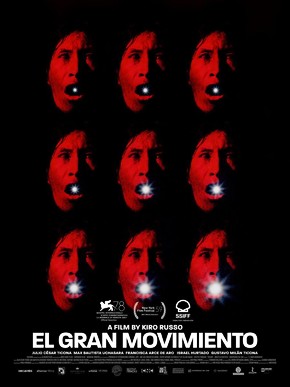 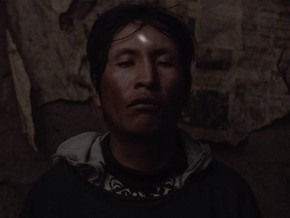