09/09/2021 - VENICE 2021: In Laurynas Bareisa's feature debut, layer after layer is unravelled as an odd couple with a shared trauma looks into an unsettling past

After a number of acclaimed shorts, among them Dembava, The Camel and Caucasus, Lithuanian director Laurynas Bareisa is presenting his feature debut, Pilgrims [+see also:
interview: Laurynas Bareisa
film profile], in the Orizzonti section of the 78th Venice International Film Festival. Drawing on several themes from said shorts, the story deals with a private investigation into some deeply troubling past events.

It’s immediately obvious that Indre and Paulius, two now slightly older youngsters, haven’t seen each other in a while. Indre (Gabija Bargailaite) seems to be based abroad these days, while Paulius (Giedrius Kiela) temporarily lives in his parents’ house, “while we’re remodelling”.
“We? You have a girlfriend?” a pleasantly surprised Indre asks, and would also like to see Paulius’ parents.
“Mum’s sleeping. Father doesn’t live here any more,” she’s told. But Mum’s up, and the reunion looks heartfelt.
“We still have some of your things,” Mum tells Indre, while Paulius is keen to hit the road. A plan, clearly masterminded by Paulius, is being put into action, with Indre coming along for the ride (or actually at the wheel, as Paulius has a sprained ankle).

The odd couple heads off and checks into a B&B in the city of Kaunas. They then start to visit different sites in the vicinity, with Paulius painstakingly reimagining various acts that took place here four years ago, when Matas was kidnapped, raped and killed. The perpetrator, a male juvenile, got a life sentence, but this has not stopped it gnawing away at Paulius. Indre, who seems to have moved on, is nevertheless by Paulius’ side – after all, she was a childhood friend, and eventually girlfriend, of Matas, Paulius’ little brother.

During their “pilgrimage” through places and people, Paulius and Indre visit a restaurant (looking for a waitress who was on duty at the time) and the house where the killer lived with his grandmother (she’s still there, but avoids the cellar), and they also buy a used car – indeed, the very one that Matas was locked in the boot of (Paulius goes in).

As the events and their aftermaths are unravelled, Indre, too, is drawn back into it and forced to deal with this traumatic baggage, unpeeled layer by layer through Bareisa’s compelling storyline, seemingly brushing over details and people that, on second thought, become significant clues, several with their own full film potentially inside of them. Memorably unsettling is the matter-of-fact account given by Martynas, one of the killer’s schoolmates (also the seller of the car), of different crime scenes in the area. Over here, his classmate was murdered. Over there, a man killed his family, set fire to the house and shot himself. In the forest, there’s a mass grave, from “The War”.
“What’s your point?” Indre enquires.
“I don’t know,” is the reply. “We live here.” And will keep on doing so, as Indre and Paulius now know – but soon, they will have left, for good.

Pilgrims was produced by Lithuania’s Afterschool Production, with sales handled by Reason8 Films.

“I pick out the crimes from the news stories, then I imagine what happens outside of the violent parts” 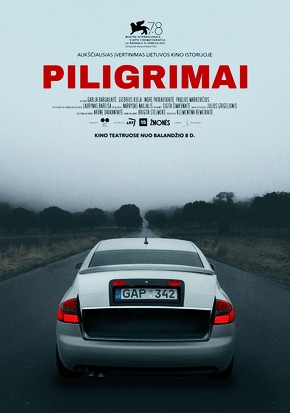 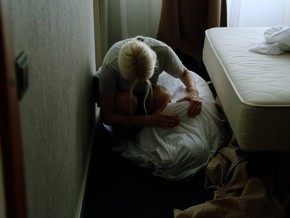