Review: The Hole in the Fence

09/09/2021 - VENICE 2021: Mexican director Joaquín del Paso’s second feature welcomes you to the summer sleepaway camp from hell, even if its counsellors would say it's blessed

Valeria Lamm (centre) in The Hole in the Fence

On a whole planet of extreme social inequality, in cinema, we’re seeing Mexican filmmakers portray it best. This could be because Mexican society seems to further magnify the disparity seen elsewhere: the rich are richer and more venal, the poor more desperate and excluded. The whole principle of much of post-Cold War society – that wealth “trickles down” and social mobility is not a fantasy – is being urgently interrogated by directors such as Michel Franco and now Joaquín del Paso, in his new feature The Hole in the Fence [+see also:
trailer
film profile], which has premiered in the Venice Film Festival’s competitive Orizzonti section.

This is an eminently well-made, well-designed and watchable piece of work, with fine, improvisational performances from young adolescents acting for the first time (“Never work with children and animals” being the filmmaking truism that directors take up as a challenge). It may be an odd claim to make in light of the Michel Franco comparison, but The Hole in the Fence still undoes itself slightly because of its sensationalist tone and the vaguer aspects of its harsh critique of religious education. When a film is both political and incoherent, the former element loses its sting.

For all its grounding in reality (the director was in a similar educational institution in his youth), The Hole in the Fence maybe doesn’t trust its audience enough to see the Los Pinos camp as skin-crawlingly creepy, without filming it as if this were an American horror film. It’s a countryside Catholic sleepaway camp, sometimes with the authoritarian rituals of Salò. There is no focalising character either: attention drifts from the young boys perennially bullying each other, to the sadistic camp counsellors and educators on display. It has an episodic structure, but the sense of escalation is often very powerful, despite other misgivings we might have.

Attendees at the Los Pinos camp will find a frightening itinerary of prayers, violent wide games, self-serving acts of altruism (a food donation to the impoverished village nearby) and paranoia. Eduardo (Yubá Ortega), a scholarship boy from an indigenous background, is bullied to an extent that feels extreme, even from boys of this age. The camp counsellors, professors Monteros (Enrique Lascuráin) and Stuhr (Jacek Poniedziałek), trick the boys that a strange, evil man is surveying the grounds and adjoining forest, when he is really an “actor” they have hired, attempting to instil in them certain poor social attitudes. That this is also a key plot point in M Night Shyamalan’s notoriously silly 2004 film The Village shows how the dramaturgy and plotting blunt the sharp edge of del Paso’s film.

As opposed to being weak or dull, it’s that the particulars of The Hole in the Fence don’t always stand up to close scrutiny. It has a deterministic sense of human nature, and the aura that “something bad will happen” – like a set of fine china inches from falling off a table – consumes it right from its opening frames of colourful birds, backed incongruously by sickly synth arpeggios. For something with ambitions of diagnosing Mexico’s social sickness, by “thinking of the children”, there’s also the underside that free will and thought are possible in our adult lives, and the future is unwritten – unpleasant childhood experiences be damned.

The Hole in the Fence is a co-production by Mexico and Poland, staged by Cárcava Cine. The co-producers are Amondo Films and Roleplay Agency. World sales are courtesy of Wild Bunch International.

more about: The Hole in the Fence

Review: The Hole in the Fence

VENICE 2021: Mexican director Joaquín del Paso’s second feature welcomes you to the summer sleepaway camp from hell, even if its counsellors would say it's blessed 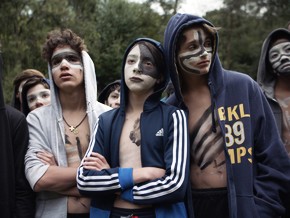 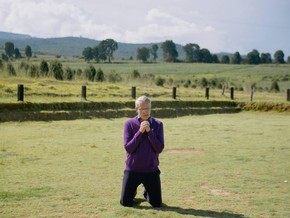