10/09/2021 - VENICE 2021: Rising Polish filmmaker Jan P Matuszyński is in competition with a sprawling procedural on the 1983 killing of student Grzegorz Przemyk in Warsaw

Leave No Traces [+see also:
trailer
interview: Jan P Matuszyński
film profile] comes across as attempting to be the great Sidney Lumet- or Costas-Gavras-esque film of modern Polish cinema – a fearless, exhaustive dive into the past – but instead just leaves you impressed by its good intentions and commitment, but hankering for something more. Highly rated Polish filmmaker Jan P Matuszyński has chosen to dramatise the infamous Grzegorz Przemyk case from 1983, which captured and divided the nation, and prompted further scrutiny of the Polish regime from abroad. Przemyk was murdered in police custody, after street officers impounded him and a friend for not displaying their ID cards; he sustained heavy injuries and later died in hospital – a more challenging outcome when it comes to determining, in a legal setting, what fully transpired. The legal challenge by Przemyk’s single mother, Barbara Sadowska, and the fate of the witness character Jurek Popiel (a fictional composite, played very well by Tomasz Ziętek) make up the sprawling, near-three-hour running time, and its effectiveness isn’t fully consistent. Matuszyński’s film premiered towards the end of this year’s Venice Film Festival, in the main competition.

The film gets itself into trouble early on because it nails its narrative mast so strongly to the witness character Jurek, and his supposed centrality to the case. There’s a seasickness-inducing sensation of cutting from his oddly passive travails – his ad-hoc witness protection solitude, and his conflict with his more conformist parents (Jacek Braciak and Agnieszka Grochowska) – to the government apparatchiks bumbling to cover up their latest political embarrassment. Yet unquestionably, Matuszyński and his screenwriter, Kaja Krawczyk-Wnuk, deserve enormous credit for just focusing their artistic gaze on this era, a period of recent history that still feels raw as the country copes with its political divides in the early 21st century. Better to come out with noble, mixed success – that will make audiences think hard about the issues it broaches – than create something didactic and bland. When the country’s de facto dictator Wojciech Jaruzelski (Tomasz Dedek) devises Trumpian “fake news” excuses as he receives word of the number of street protests taking place in solidarity, his and his allies’ amount of screen time helps us understand the mood of the nation, and their pathetic efforts to keep unity, whilst never excusing them.

The formal aspects of the filmmaking work very hard to convince us of its authenticity. This was an era where state TV programmes and films were shot on celluloid – often the 16mm gauge – and that is what Leave No Traces chooses: the natural, photochemical grain just seems correct for the grey pavements, vintage leather shoes and spartan home furnishings of late-communist Warsaw. The musical score by Ibrahim Maalouf feels – in the best possible sense – like the work of a permed 1980s musical whizz with walls full of analogue equipment. It will make you fall in love again with that steadily pulsing John Carpenter-esque drum machine sound.

Also important to note is how audiences today tend to access stories like this; it’s not to accuse serious, fact-based films of being “dead” or anachronistic, so much as to say how that market has been cornered by episodic series and podcasts. Sometimes, this feels like a liability for Leave No Traces, although its combination of Wikipedia-ready facts and the psychological insight granted into 1980s Poland – the mix of paranoia and solidarity, and the strange way it redefined the idea of loyalty – does leave a trace. To make a cheesy pun.

more about: Leave No Traces

VENICE 2021: A leading light of new Polish cinema, the director talks us through his complex true-life tale of the aftermath of a death in police custody 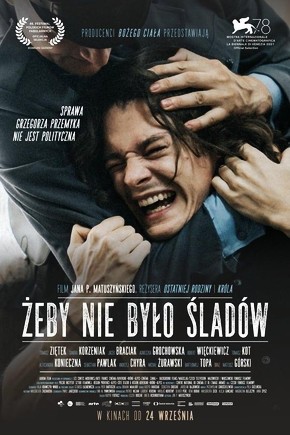 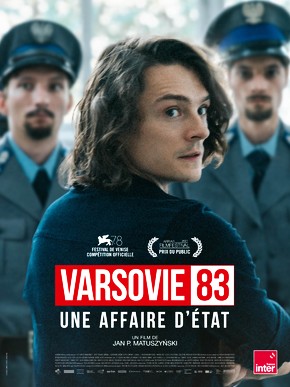