Review: Nobody Has to Know

13/09/2021 - Bouli Lanners deterritorialises his cinema to tell, in English, a tender and delicate love story, doubled with a portrait of emancipation and a reflection on memory

Michelle Fairley and Bouli Lanners in Nobody Has to Know

Millie (Michelle Fairley) has always lived on her island, in Northern Scotland, an island as austere as it is sublime. The member of a small community, strongly religious, she nevertheless lives on the margins of this community, marked by her celibacy in a world where the woman’s role is inevitably linked to a man’s destiny.

Phil (the film's director Bouli Lanners) is the foreigner, just arrived on the island, with his mysteries and his accent as his only luggage. Open and cheerful, he offers (without imposing it) his sympathy to the inhabitants of the island that he observes with a curious and sometimes amused eye.

One day, Phil suffers a stroke and wakes up having lost his memory. Millie sees an unhoped-for opportunity and decides to seize it, perhaps her last chance. She lives alone. He lives alone. Maybe they could live alone, but together?

Millie will take charge of Phil's return home with the discretion that characterises her. She will take advantage of his sudden (and probably temporary) amnesia to help him rewrite the last chapters of his life, reinvent his habits, and recreate memories. Millie will especially tell him that they were once lovers, but that given his illness, she would not want to re-impose this relationship on him, which must be anything but forced.

But why resist love when it comes at you without warning? Phil will let himself be carried away by this modest but nonetheless beautiful story, by these sweet feelings, while Millie will taste the happiness of living together, but also of gradually being considered differently by society.

However, this newfound happiness is far from being serene. Millie knows that she is trapped in a lie from which she would like to extricate herself, but she is not ready to give up the few bits of love that she gets, whether for a few more weeks or days. Phil will eventually regain his memory, and what will he think of the memories she has invented for him, of the stories she has told him?

With his new film Nobody Has to Know [+see also:
trailer
interview: Bouli Lanners
film profile], presented at the Toronto International Film Festival in the Contemporary World Cinema section, the Belgian filmmaker attempts for the first time a special kind of double exercise which he succeeds in doing with tact and accuracy, offering both a touching portrait of a woman and a love story, neither really a drama nor a romantic comedy, just a truly beautiful love story.

The kind that changes a loved one forever. Millie will not only have won love, she will also have won the freedom to become who she dreamed of being, the possibility of allowing herself to be happy.

If we find the art of pictorial composition and the melancholy that we already encountered in the filmmaker's previous films, we also discover an infinite delicacy and a romanticism that is nicely claimed. This romanticism is all the more touching because it is the privilege of two dented souls that society would have happily classified as old maid or old boy, as if they were condemned to live after love.

Nobody Has to Know was produced by Versus Production (Belgium) and co-produced by Prime Time (Belgium), Barry Crerar (UK) and Playtime (France). It is sold internationally by Playtime and will be distributed in France by Ad Vitam and in Belgium by O’Brother Distribution.

more about: Nobody Has To Know

Interview: Bouli Lanners • Director of Nobody Has to Know

“I told myself that at 54, I could finally tell a love story”

The festival is unspooling 11 to 19 March, boasting a programme bursting with new offerings and attended by high-calibre guests

There’s no talk of online or hybrid formats this year; instead, close to one hundred works of each and every genre will be banging at the Luxembourg capital’s gates between 3 and 13 March

Dominik Moll shoots The Night of the 12th

Bastien Bouillon and Bouli Lanners head the cast of this Haut et Court production with Belgian company Versus, which will be sold by Memento International

Review: Nobody Has to Know

Bouli Lanners deterritorialises his cinema to tell, in English, a tender and delicate love story, doubled with a portrait of emancipation and a reflection on memory 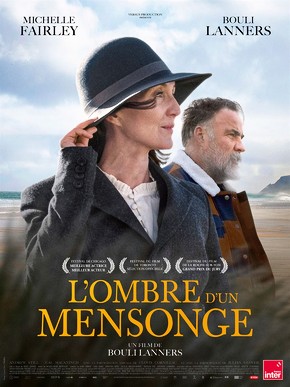 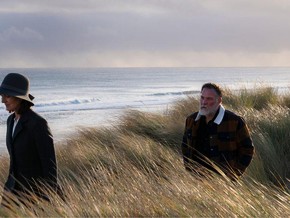