15/09/2021 - VENICE 2021: Silvia Brunelli's first film is a light and dramatic fresco of a humanity torn between the sacred and the profane, set in Rione Sanità in Naples

"Naples is a promiscuous city, so it's fun. You can find everything there: eroticism, beauty, sacred and profane." These are the words of Paolo Sorrentino, winner of the Silver Lion at the 78th Venice Film Festival. Words that the director Silvia Brunelli seems to fully agree with, judging by her first work, La santa piccola [+see also:
trailer
film profile], presented in Venice as part of the Biennale College Cinema. "Eroticism, beauty, the sacred and the profane" are exactly the ingredients Brunelli, born in 1988, mixes in her film, a bittersweet tale shot in Rione Sanità in the Neapolitan city, where miracles seem to happen for real.

The beginning of the film is exciting: during a religious procession led by Don Gennaro (Gianfelice Imparato), a dove crashes into the statue of the Madonna and falls to the ground, lifeless. A few moments later, a sweet little girl with an angelic face approaches it, caresses it and puts it back in the air. A miracle! The girl's name is Annaluce (Sophia Guastaferro) and from that moment on, for the inhabitants of the neighbourhood, she will be "the little saint." Immediately afterwards we meet Annaluce's older brother Lino (Francesco Pellegrino), inseparable from his best friend Mario (Vincenzo Antonucci), with whom he shares a passion for football, nights out at the disco and sexual experiences, including paid ones, which become increasingly ambiguous.

It is Lino who has to bring money home and take care of his little sister, as well as his mother Perla (Pina di Gennaro), who, in a state of depressive torpor and with a cigarette always in her mouth, forgets to go shopping and sometimes even to turn off the gas. Things change when their house, which they can no longer pay the rent for, becomes a place of pilgrimage for hordes of believers who ask Annaluce for mercy in exchange for toys, trays of sfogliatelle and, above all, lots of money. His mother seems to have been reborn with this new "activity" and there seems to be no room for Lino any more ("this is now a sacred place," "your sister is miraculous and must be well," "don't get in the way, God is finally helping us"). So the boy takes refuge at his friend Mario's, who in the meantime we see is increasingly disturbed and inclined to a feeling towards Lino that goes far beyond brotherly friendship.

Coming out of the Venice lab which since 2012 is supporting the production of first and second low-budget films, La santa piccola is a light and dramatic fresco of a humanity divided between the sacred and the profane, which on the one hand verges on the surreal and on the other shows its more carnal, even crude side. The film, written by the director with Francesca Scanu, moves entirely on this double track and the two strands struggle to dialogue with each other, in the long run dissipating the energy of the initial premise. But for the sensitivity and originality of its vision, it is nevertheless an enjoyable and promising first work.

La santa piccola was produced by Rain Dogs with help on the territory from Mosaicon Film, Antracine, Nuovo Teatro Sanità and the Naples Fine Arts Academy. International distribution is handled by Minerva Pictures Group and TVCO.

more about: The Miracle Child

Silvia Brunelli’s debut, sold by TVCO and Minerva Pictures, is a bitter comedy about a girl who unexpectedly becomes the patron saint of the Neapolitan district she lives in

The Roman gathering for contemporary independent cinema, unspooling in the Italian capital 18 – 26 November, is offering up 95 works from all over the world, as well as a Focus on Poland

VENICE 2021: Silvia Brunelli's first film is a light and dramatic fresco of a humanity torn between the sacred and the profane, set in Rione Sanità in Naples 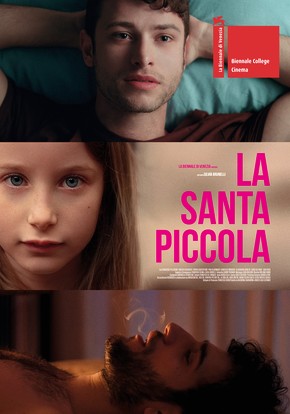 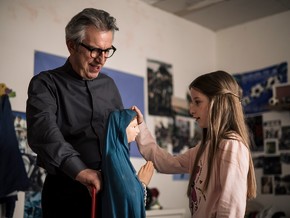 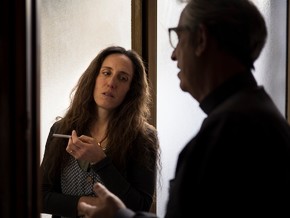 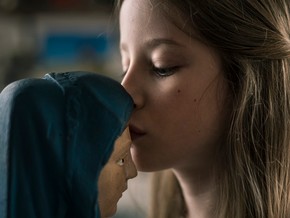