By now, nobody would expect a film by Claire Simon to be undemanding or tame. The French director has built her reputation on risky, challenging filmmaking, daring to ask questions where others shy away. In I Want to Talk about Duras [+see also:
trailer
interview: Claire Simon
film profile], competing for the Golden Shell at the 69th San Sebastián International Film Festival, this brand of transgression and bravery is more compelling than ever, as Simon’s imagery evokes thoughts and feelings as honest as they are unsettling.

The film was inspired by Je voudrais parler de Duras, the book in which Yann Andréa presents the interview he willingly gave in the hope of making sense of the powerful connection binding him to renowned French author and filmmaker Marguerite Duras. Blessed with terrific performances from Swann Arlaud (in the role of Andréa) and Emmanuelle Devos (as journalist Michèle Manceaux), Simon painstakingly reconstructs their conversation. The emotional tension is palpable, but it is the intellectual incisiveness displayed by both sides that leaves the deepest impression. Manceaux proves herself to be a relentless but empathetic investigator who doesn’t flinch from the most uncomfortable questions. Andréa is a tortured soul powerless to comprehend the nature and force of a love that knocks his legs from under him, obliterating his identity only to cause him to be reborn. The omnipresence of Marguerite Duras permeates every scene — a woman who can be brilliant and sensitive one moment, cruel and small-minded the next.

Interspersed with the fictional retelling of the interview are real-life images giving us an insight into how the relationship played out. We are left in no doubt of the unwholesomeness of their union, nor of its sincerity.

In the beginning, he is no more than a fervent admirer, a young gay philosophy student who casts everything aside when his idol, 38 years his senior, finally begins to return his attentions. As well as age, the two lovers are greatly mismatched by status and life experience, making their relationship a patently unequal exchange. Nonetheless, the connection between the two is honest and indestructible. Andréa confesses to Manceaux that he feels he never really made love until his first encounter with Duras. He explains how his own desires and needs were always subordinate to hers, and how she seeks to control him to the point of forbidding him from wanting to eat anything other than what she herself is hankering for. Continuously degraded, insulted for his sexual orientation (which Duras describes as a barbaric act) and pushed to the outer limits of his sanity, Andréa still clings to the joy that his passion has brought him. He counts himself fortunate to be the recipient of his idol’s attention, the object of her desire. Their bond has opened up a rare door into a remarkable world, a world he deeply reveres, granting him immortality and the most transcendent experiences available to mortal man.

Simon’s game plan demands our committed focus, patience and receptivity, but the rewards are great for those prepared to open their hearts and souls, just as the two troubled people we see on screen opened theirs.

I Want to Talk about Duras was produced by Les Films de l’Après-midi. Luxbox is in charge of international sales.

more about: I Want to Talk About Duras

Interview: Claire Simon • Director of I Want to Talk About Duras

“For women, who have been oppressed for centuries, it’s very difficult to speak out about their oppression”

The Restless headlining for Luxbox in Cannes 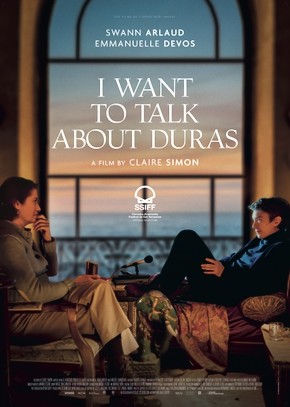 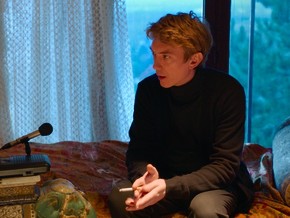