21/09/2021 - Javier Bardem and Fernando León de Aranoa are firing on all cylinders in this convulsive, hilarious and accomplished dark comedy about the indignities of working life

Javier Bardem and Celso Bugallo in The Good Boss

Three years ago, the enjoyably bonkers Loving Pablo [+see also:
film review
trailer
film profile] had audiences rolling in the aisles. It was the second collaboration between director Fernando León de Aranoa and Javier Bardem following the success of Mondays in the Sun [+see also:
trailer
film profile] (2002), which gave us a glimpse into the day-to-day lives of a group of unemployed dockers. As others have noted, The Good Boss [+see also:
trailer
film profile] flips this concept on its head, unafraid to mess with the theme that won this dynamic duo a shower of accolades. The film is in the running for the Golden Shell here at the 69th San Sebastián International Film Festival, and it has a decent chance — provided the jury can get over its long-standing disdain for the comedic genre — of going home with an award, whether Best Actor (Bardem, who scooped the Oscar for No Country for Old Men, is every bit as thrillingly odious here) or Best Screenplay.

León de Aranoa is, at heart, a master storyteller, as proven by his earlier works. He has in the past been savaged by critics for a certain tendency to solemnity and even kitsch, but who could forget the ingenious plot of his début feature, Familia, about a deadbeat who hires a bunch of actors to impersonate his ideal brood? His latest film once again explores the theme of home, albeit transposed to the resolutely capitalist workplace where the titular boss plays the domineering father figure unafraid to trample on boundaries – all in the name of business.

Doubling up as writer and director, de Aranoa takes his cues from plot writing 101 and throws his protagonist into a snake pit of strife. Soon, Bianco (Bardem) is up to his eyeballs in trouble, on the very eve of the arrival of an inspection committee looking to select one lucky factory as the recipient of an award for excellence. But Bianco still aims to see it hanging on the glittering trophy wall he has accumulated at his plush suburban home.

Benefiting from a pitch-perfect cast (with standout performances from Manolo Solo, the ever-sublime Sonia Almarcha, currently promoting The Consequences [+see also:
film review
trailer
interview: Claudia Pinto Emperador
film profile], and Almudena Amor, undoubtedly this year’s breakout star after her leading role in Paco Plaza’s The Grandmother [+see also:
film review
trailer
interview: Paco Plaza
film profile], also competing in the official section), The Good Boss rattles along like a well-oiled machine, churning out a faultlessly bleak and caustic humour that rips our exploitative labour market to shreds. Its genius, power and grimly comic atmosphere lie precisely in its savage critique of neoliberalism’s ethically dubious machinations, its bondage and its hierarchies, raising a torrent of laughter thanks to sublime dialogue and jokes that would be the envy of Groucho Marx (its cracks at film subsidies and the one with the baby bottle are particularly hysterical). Although de Aranoa can lay it on a bit thick with double meanings and metaphors, we are more than willing to let him off the hook — he’s just that funny. The Good Boss is a tour de force of satire, a delirious trip of a film at a moment when life feels too intense, too broken and just too darn sad.

The Good Boss (one of three films preselected to represent Spain at the forthcoming Oscars) was produced by Reposado and The Mediapro Studio. French company mk2 Films will distribute the film internationally. It is due to be released in Spain on 15 October, distributed by TriPictures.

more about: The Good Boss

Filming is underway for Loli Tormenta by Agustí Villaronga

The Good Boss adds six Goyas to its haul of statuettes 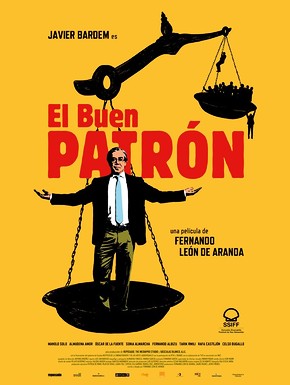 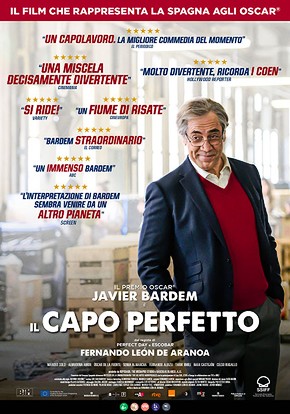 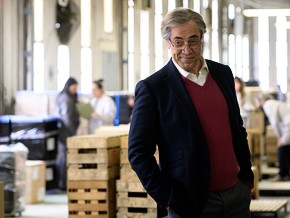 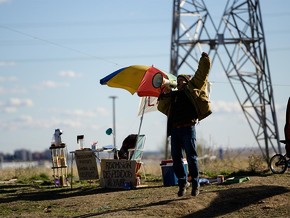 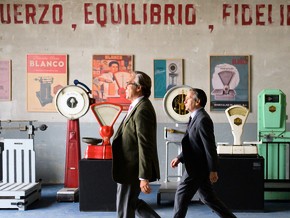