22/09/2021 - Claudia Llosa has adapted this film from the novel of the same name by Samanta Schweblin, creating a brilliant piece of work that fits perfectly into the rest of her fabulous filmography

Watching Fever Dream [+see also:
trailer
interview: Claudia Llosa
film profile] without any kind of background information would make it hard to believe that this is not an original premise by Claudia Llosa. The film is an adaptation of the novel of the same name by Samanta Schweblin, who worked side by side with the Peruvian director on the script. The result, at the 69th San Sebastián Film Festival, is a film that is entirely consistent with Llosa’s work, with her characteristic themes of motherhood and mystical forces.

The “distance” referred to in the Spanish title refers to the safety distance between a mother and her child, beyond which she may not be able to save them from danger. This is an invisible reality that tortures Amanda, a young lady holidaying in a remote corner of Argentina with her daughter Nina. One of the villagers is Carola, a women for whom “small village, large hell” is like a motto. Carola is also a mother, but her relationship with her son David is tainted by a cloudy halo, which prevents the perfect love supposed to exist between them from being there.

All the elements that Llosa presents to us on screen are about as delicate as dynamite. One false move, one wrong step, could cause everything to blow up and cause a disaster. Luckily, we are in expert hands when it comes to material of this kind: the overall result rises up into tightly-woven plot in which social criticism, family drama and supernatural terror join forces to create a tale so hypnotic that you cannot take your eyes off it.

There are two key elements that make this film work so well. The first is the daring use of an off-screen narrative throughout the film; a dialogue between Amanda and David that, far from over-explaining things, acts as an anchor and guide for the audience to lose themselves in what is going on before them, as strange as it may seem. The second is the pairing of the two leading actresses. The gentle firmness with which María Valverde embodies Amanda is a perfect contrast and complement to the overwhelming vulnerability of Dolores Fonzi in the role of Carola. The chemistry between the two is clear from the very beginning, and there is a spark in each of their scenes together and to see how their performances organically feed off each other is an absolute delight.

It is no longer surprising to admire Claudia Llosa’s masterful capturing of the wild beauty of the natural landscape that form the backdrop to her stories. However, in Fever Dream this talent goes one step further and all non-human living creatures are such an impactful force on screen that they become another fundamental character in the film. In short, we can say that the long-awaited return of this film maker is a triumph of sensitivity, risk and clarity of mind.

Fever Dream is co-produced by Paradise Films Peru S.L., US firm Gran Via Productions, Fabula Films from Chile and the Spanish production company Wanda Vision. The film will soon be available to watch on Netflix.

“I hadn’t even reached the last page of the book and I was already saying to myself, “I have to meet this woman; I have to make this film”

Claudia Llosa has adapted this film from the novel of the same name by Samanta Schweblin, creating a brilliant piece of work that fits perfectly into the rest of her fabulous filmography 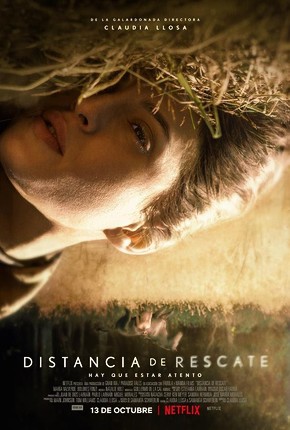 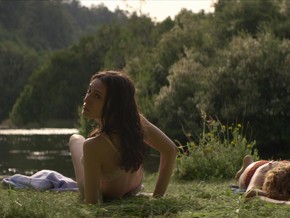