24/09/2021 - In his sophomore film, Colombian director Juan Sebastián Mesa swaps the city for the sierra in a tale that, rooted in place, somehow strikes a universal chord

Juan Daniel Ortiz in The Rust

Five years ago, Colombia’s Juan Sebastián Mesa surprised critics with a début feature at once solid as a rock and agile as a bird. Los nadie, which took the top prize at Venice Critics’ Week in 2016, was a portrait of a group of young people browbeaten by the sheer immensity of Medellín, a city as vibrant as it is violent. For his second offering, The Rust [+see also:
trailer
film profile], selected for the New Directors Section at the 69th San Sebastián International Film Festival, Mesa turns his gaze on an entirely different world: a remote mountain village somewhere in the hinterland of Antioquia. The setting shares the spotlight with Jorge (a superb Juan Daniel Ortiz): a young man struggling to keep the coffee plantation inherited from his parents in business, all the while caring for his grandfather, bedridden and condemned to a long, slow slide into dementia.

From the very first second, Mesa’s camera captures the beauty of the spectacular landscape, Jorge’s entire world, with deliberation and consummate skill. Jorge is one of the few young people of his age to choose to remain in the village rather than being seduced by the siren-call of the city. His life unfolds with predictable ennui, as he devotes himself to a gruelling vocation that is never fairly rewarded and seeks distraction in a hot-and-heavy romance with his cousin. When the village festival comes around, his long-departed friends return for a few days of catching up and Bacchanalian revelry. Confronted with faces from his past, including his teenage girlfriend, Jorge is beset by turbulent emotions that threaten to tip him off balance and leave him unsure of his place in the world. Old ghosts of things thought dead and buried begin to stir.

As in his earlier film, immersed in the clamour of the big city and the lives of the young people who live there, here the mountain and its lonely inhabitant merge to become two expressions of the same whole. The lush beauty of the terrain is perfectly matched with the young protagonist’s sensitivity and strength. His is a blazing presence, capable of coaxing the earth into yielding its fruits, yet always observing with circumspection and respect as he tries to learn the secrets of its essence, only to discover his own.

The cinematography by David Correa Franco, who worked with Mesa on his last film, expertly captures the stunning power of nature in this rugged Colombian scene. It falls to thoughtful and incisive editing to do the rest, ensuring that the film flows organically from scene to scene and allowing the audience to float along with it in illusory placidity, only to be thrown into violent whirlpools that might just cast us to the very depths of darkness.

Despite the shadowy sense of foreboding looming on the edges, Mesa keeps the drama and murmur of violence beautifully contained. In the hands of this talented director, a story fixed in a very specific place and time, with a very unconventional hero, becomes a compelling tale of universal relevance that speaks of the experience of millions of young people all around the world. In a battle between tradition and modernity, between the progress that has failed to deliver its promised rewards and a past that can’t shake off the chains that bind it to the old world, the two forces are locked in a stalemate. The Rust is, without question, an accomplished next step from the Colombian filmmaker that will speed him on his way to the peak of his craft — a place of succulent fruits that resist the most virulent of plagues.

The Rust is a coproduction between Monociclo Cine (Colombia) and Dublin Films (France).

more about: The Rust

Coming from eight different countries, the selected titles include the new works by Helena Taberna, Anahí Berneri, Emiliano Torres, Niles Atallah and Beatriz Seigner, among others

In his sophomore film, Colombian director Juan Sebastián Mesa swaps the city for the sierra in a tale that, rooted in place, somehow strikes a universal chord

The event will coincide with Films in Progress 32 and Glocal in Progress, the festival's new industry activity, which selected 3 films in post-production 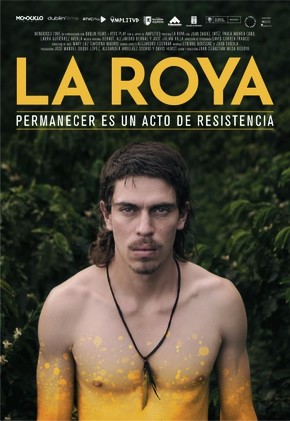 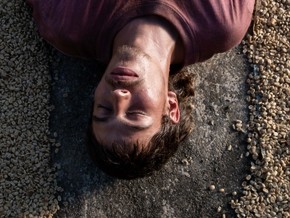