28/09/2021 - Fabulously creative with her painterly approach to animation, Florence Miailhe signs a very successful film for all audiences about the poignant story of two young migrants

"We followed the same roads, were arrested by the same soldiers and ended up in the same camps." From In This World to Sin nombre, to mention only two examples among many others, the subject of youth caught up in the whirlwind of forced migration has already been widely used in fiction, but in animation, the question is much more delicate to tackle, as the harshness of the journeys is, at first sight, difficult to reconcile with the target of the widest possible audience. But it seems that a new artistic wind is blowing, like the remarkable The Crossing [+see also:
trailer
film profile], Florence Miailhe's first feature film, which received a special mention last June at Annecy and was recently presented in the Zabaltegi-Tabakalera programme at the 69th San Sebastián Festival and will be released in French cinemas by Gebeka Films on 29 September.

It is indeed a perfect marriage that the French filmmaker achieves by uniting a highly original, inventive and creatively beautiful form of animation (a style based on painting and sketches) and a story (a screenplay by the director with Marie Desplechin) on the right borderline between harsh realism and the classical roots of storytelling.

"That's how we left, my brother was being slow, my mother was crying, my father was shouting and I was overexcited: it was the first time I had left my village." It is summer. Fleeing the exactions of obscure militias, Kyona (13) and her family leave behind them a bucolic life in Novi Varna. Very quickly separated from her parents (and the three other, younger members of her siblings) at a railway checkpoint, the teenager, who never lets go of her sketchbook, continues her journey with Adriel (12), whom she has promised to protect. The duo plunges into a succession of peregrinations fed by contrasting encounters, sometimes helping, other times threatening, but always ambiguous. From street children surviving on petty theft and rubbish collection to human traffickers in cahoots with the authorities, from the gilded cage of wealthy castrating adopters to acrobats slipping through the lines, from tumultuous rivers to be crossed to merciless detention camps, from snowy mountains to be climbed to the silence of the deep forest, from one country to another and another: Kyona and Adriel gradually strip themselves of their childhood ("everything that happened before, forget it. Before is dead.") and try to preserve a spark of hope and love by overcoming one ordeal after another, recreating transitional families and exploring the tortuous paths to freedom...

Wonderfully staged with its shifting colour palette and a multitude of subtle ideas gracefully put into images, The Crossing is a simple and profound, sophisticated and clear film, combining a humanist spirit with a look that does not turn away from the darker sides of beings. A first feature film with high artistic added value not to be missed (and to be shown to children) that Florence Miailhe has dedicated to her "grandmother who, one day in 1905, left Odessa with her ten children, to flee the pogroms" and to "all those who one day or another leave their country hoping to find a better future elsewhere.

Produced by Les Films de L'Arlequin, the Germans of Balance Film and the Czechs of Maur Film, co-produced by the Toulouse-based company Xbo Films and Arte France Cinéma, The Crossing is sold by Indie Sales.

more about: The Crossing

“For me, it's been a dream-come-true edition,” said Stefan Laudyn, the director of the Polish gathering

Fabulously creative with her painterly approach to animation, Florence Miailhe signs a very successful film for all audiences about the poignant story of two young migrants

France is set for the competition, while Playground, Bigger Than Us, Magnetic Beats, Robuste and Bruno Reidal, Confessions of a Murderer also shine bright on the Croisette 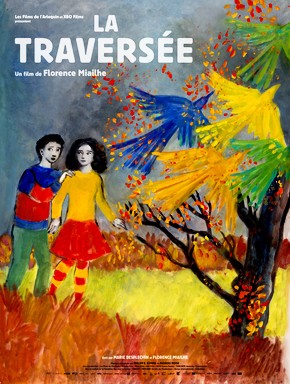 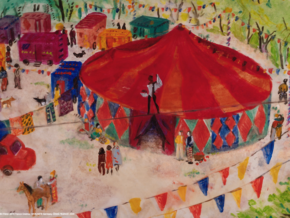 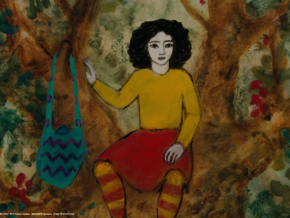 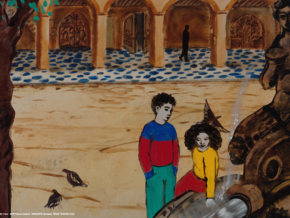