In his trilogy of documentaries Georgi and the Butterflies, The Mosquito Problems and Other Stories and The Boy Who Was a King, examining the Bulgarian political and social transition after 1989, Andrey Paounov dissected this never-ending process by zooming in on the peculiar destinies of previously anonymous people. Against the backdrop of his filmography, Paounov’s fiction debut, January, which received the Special Jury Prize at the Golden Rose Film Festival (see the news), seems to be an apocalyptic wrap-up of this transition, as it depicts an enclosed world in run-down, post-communist Bulgaria with anonymous characters facing extinction. The film is loosely based on the play of the same name by unconventional Bulgarian writer Yordan Radichkov, known for his unique style of language and metaphorical intimations. And if the play from 1974 ruminates on the disappearance of Bulgarian villages in the whirlpool of a process of vast modernisation, the 2021 movie seems to suggest the vanishing of the nation, if not of humankind itself.

In snowy January, the most Bulgarian of all months (according to Radichkov), when no normal person would enter the woods (according to Paounov), The Guard (Samuel Finzi) of a remote, semi-abandoned mountain cottage complex is meditating over a nutcracker while solving crossword clues with The Old Man (Iossif Surchadzhiev). The third being in their company is a caged black crow, meticulously emptying glasses of Rakia. Their odd winter idyll is interrupted by The Twins (Zahary Baharov and Svetoslav Stoyanov), who need cottage owner Peter Motorov’s tractor to pull out their snowplough, which has become stuck. However, Motorov has zoomed off through the woods on his sleigh. Soon, The Priest (Leonid Yovchev) joins the uncanny group, too, and they all start actively waiting for Motorov while whispering stories about the hovering tenetz (meaning “ghost” in the north-western Bulgarian dialect) and witnessing bizarre events: Motorov’s horse repeatedly brings back the sleigh with killed, frozen wolves on it but without Motorov himself. Somewhere around this point, the plot starts dipping into dark absurdity by featuring ghost hunters in costumes and following the gradual disappearance of the characters in the snow, as well as The Guard’s lunatic wanderings through decaying spaces perched between past and present, which are an obvious reference to Kubrick’s The Shining.

In comparison to the play, the film’s dialogue is scarce but gets straight to the point. Paounov breathes life into Radichkov’s complex vocabulary by building up some inventive imagery – an unexpected combination of objects and characters in dusty interiors and wild, white exteriors. Altogether, they form part of a highly stylised, black-and-white setting emphasising natural and aestheticised decay. When Vasko Viana’s (The Last Bath [+see also:
film review
film profile], Patrick [+see also:
film review
trailer
interview: Alba Baptista
interview: Gonçalo Waddington
film profile]) explorative camera moves away from the faces in order to take us on a tour of the surroundings, our gaze stumbles upon forsaken portraits of ex-communist leaders; a socialist-realism painting with marching pioneers in front of the cottage complex, amidst empty bottles of alcohol; and piles of broken, unused items – all remnants of an unprocessed past. Such a mise-en-scène is the premise for an allegorical piece of cinema which, on a universal level, illustrates the fear of death and the anticipation of global catastrophe. On a local level, however, it touches upon the failed political transformation that, three decades after the system restarted, resulted in population shrinking, infrastructural ruination and abandoned areas all over the country. As for the ever-absent figure of Peter Motorov, on whom everyone seems to depend, it creates an allusion to the omnipresent post-communist oligarchs, many of whom obtained state property cheaply during the corrupt privatisation process, only to then let it fall apart.

Beyond its connection to recent Bulgarian history, Paounov’s January, with its absorbing cinematography, creepy soundtrack, magnificent cast and ever-escalating suspense, is a first-class mystery-thriller which does not necessarily need to be situated in any specific context in order to be enjoyed.

Robert Schwentke helming the John Malkovich-starrer SENECA or: on the Creation of Earthquakes

The black comedy deals with the last day in the life of one of the most famous ancient Roman philosophers, and it is now in post-production

Antoneta Alamat Kusijanović’s film has taken home its latest accolade of many, whilst Bartosz Blaschke’s directorial debut was also feted with the Audience Award

A further 15 titles will duke it out in the shorts competition, while the Open Horizons parallel section includes six other films 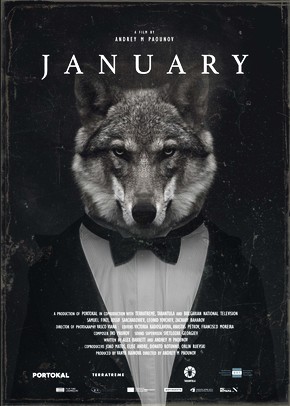