13/10/2021 - Aided by an excellent Romain Duris, Martin Bourboulon crafts a spectacular film about the construction of the Eiffel Tower, underpinned by a contrastingly mundane romantic line

Martin Bourboulon is something of a "golden boy" in modern, mainstream film in France. After the comedy Daddy or Mommy [+see also:
trailer
making of
film profile] (2.8 million admissions in France in 2015) and its sequel Divorce French Style (Daddy or Mommy 2) [+see also:
trailer
film profile] (1.36 million viewers by the end of 2016), the director is now making the leap to big budget films characterised by historical reconstruction and special effects, in the form of Eiffel [+see also:
trailer
film profile], which Pathé are releasing in French cinemas today. Boasting a budget in excess of €23m, it’s a film which will be followed by the director’s two-part film The Three Musketeers (D'Artagnan and Milady), which is being shot for the tidy sum of €60m and whose cast (read our news) also stars the brilliant Eiffel protagonist, Romain Duris.

They’re astronomical sums which clearly raise the stakes and which remind anyone who might, by chance, have forgotten that the 7th art seals the alliance between craftsmanship and industry (especially in the sophisticated, communicating-vessels system of French production funding) and that it’s not even remotely within the capability of just any old filmmaker to master such ambitions and to deliver films which target (and satisfy) the full range of potential viewers. Such colossal aspirations, boasting both vision and know-how, are also the driving force behind Gustave Eiffel’s particular trajectory, a man known as "the iron magician", the famous builder of the eponymous tower.

"We’re going to build a dream", "a tower 300 metres tall, made wholly of metal, in the middle of Paris, and everyone will benefit from it". It’s September 1886 and the Washington Monument, inaugurated the year before, has set a new benchmark of 169 metres in height in the tiny world of creators of large, international monuments. In the context of the World Fair, which is due to unfold in Paris 1889, the French government are looking for something spectacular and full of panache, and engineer Gustave Eiffel (Romain Duris) takes up the challenge. For the sake of the minor romantic story running through the film, he does it out of love for Adrienne (Emma Mackey), a now married woman with whom he randomly reconnects and with whom he shares a passionate past which ended very badly 26 years earlier in Bordeaux when Eiffel was first starting out in his career and building a railway bridge.

Without being entirely devoid of merit, this romantic thrust running through the larger part of the film, by way of flashbacks, really isn’t its strong point; it’s a narrative procession which you need to follow in order to get to what turns out to be the beating heart of the story: the construction of the Eiffel Tower. Technical obstacles and solutions (the proximity of the Seine, mud, the need to ensure anchoring and stability despite the lightweight nature of the structure, compressed air chambers, lightening conductors, wind resistance, sand and cylinders, plans and workshops, girders fitted just three centimetres apart, a site with over 300 workers with the sword of Damocles of strikes hanging over them, etc.), a battle for funding and with the media ("you’re going too high. It won’t be cost-effective", a protest by local residents against "an eyesore in Paris" or "the lamp-post of shame") and a race against time in order to climb towards the sky and finish in time for the World Fair… The film looks back on the fight fought by “a man with an idea which was bigger than him”, offering up plenty of details, pace and credibility. It’s a Parisian odyssey which attests to solid prowess in the field of mise en scène and in the incorporation of special effects, and which is lent even greater energy by an excellent lead actor (who has something of the Dorian Gray about him, allowing him to play the protagonist for the full 29-year duration of the story). It’s a gamble which has paid off for this popular film which doesn’t hide its objectives, and ultimately keeps its promises.

The filmmaker’s second feature, starring Adèle Exarchopoulos, Romain Duris and Paul Kircher, will be supported by the French film centre alongside works by Jérémy Clapin and Jonas d’Adesky

Despite the tricky situation for global cinemas squeezed by the pandemic, French film in all its diversity continued to circulate worldwide last year

Aided by an excellent Romain Duris, Martin Bourboulon crafts a spectacular film about the construction of the Eiffel Tower, underpinned by a contrastingly mundane romantic line 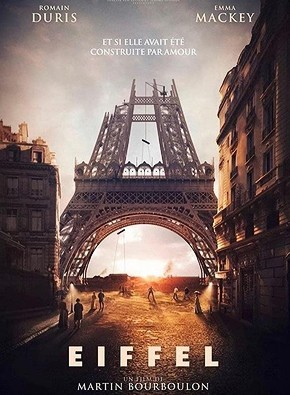 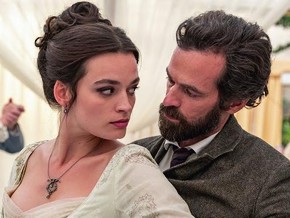 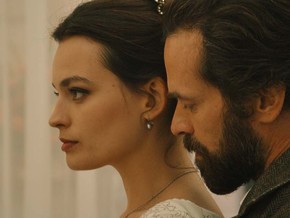 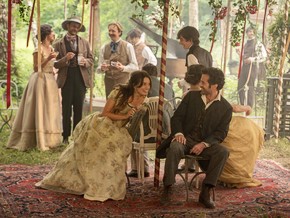