15/10/2021 - Zdeněk Jiráský's latest feature follows a man who finds himself on the run, his life upended by the communist-led purges of Czech religious institutions

The title character of Zdeněk Jiráský's latest feature, Kryštof [+see also:
trailer
film profile], which screened at this year’s Febiofest Prague, is introduced as a shy postulant living in a monastic community in late-1940s Czechoslovakia. Not far from the Bavarian-Czech border, Kryštof (Mikuláš Bukovjan) suddenly finds himself on the run, his life upended by the communist-led purges of Czech religious institutions.

This recreation of "Action K", as the violent 1950 purge of Czechoslovak religious institutions is known, sees Kryštof escape along with Cyril (David Uzsák), a wounded student caught up in the destruction. After an atmospheric opening, the film fails to convey the extent of the peril Kryštof is in, diluting the jeopardy as it hurries from scene to scene without delving into the characters' motivations. Jiráský hints at themes of sexual repression and student-led rebelliousness – Kryštof stoically rejects a nurse's attempt to seduce him – but the tension is lost early on after his monastery is purged but he escapes. Josef Kurz’s screenplay perhaps has more subtext than the performances convey, while the film’s editing leaves little room for the cast to reach for emotional depth, especially in such a daunting context.

At first muted by the dogma of his monastic vocation, Kryštof remains laconic after this trauma. Without a moment of catharsis, his dispassionate expression throughout causes the film to suffer from a lack of emotional heft. This makes it difficult for the viewer to piece together his story, with very few moments of pivotal dialogue. A rare example sees the protagonist visit his dentist father, who is at odds with his son's piety and is estranged from Kryštof's mother. Here, the movie certainly succeeds in portraying this bleak moment in Czechoslovak history: Kryštof is adrift without his religious and familial foundations.

Kryštof is left to rely on Cyril, a character whose clear charisma is unfortunately diminished by his injury following the attack. But as they approach the border, Cyril's leadership is lost, too, thanks to an inexplicable decision to be cornered in a cinema by communist police. His arrest leaves Kryštof with little option but to continue running, towards a tragic conclusion. Much remains a mystery, from Cyril's flawed heroism to Kryštof's lack of agency in his own pursuit of freedom. Despite its lack of a propulsive narrative, the film's saving grace is the cinematography by Michal Černý. His interesting compositions, stark lighting and elegant camera movement lend Jiráský's feature a certain artistic appeal.

Kryštof is a Czech-Slovak co-production by Fulfilm and ALEF Film & Media Group, with support from Czech Television, Barrandov Studios, FULLHOUSE Production Group and Radio and Television Slovakia. It will be released in Slovak cinemas on 18 October and in Czech cinemas on 21 October, with distribution by Bontonfilm.

Zdeněk Jiráský's latest feature follows a man who finds himself on the run, his life upended by the communist-led purges of Czech religious institutions

Hard-boiled crime from the Protectorate of Bohemia and Moravia, and hockey players falsely accused by the communist regime were among the 2021 winners

Rising talents have received funding for the development of their first feature-length projects, which range from family films to punk road movies 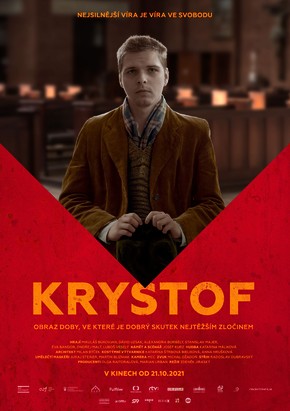 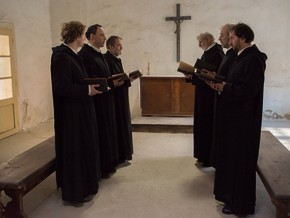 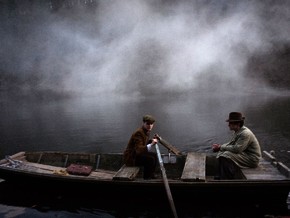