29/10/2021 - Serbian-German actor Branko Tomović debuts as a director with a low-budget, atmospheric and creepy horror film

Those horror buffs who tend to identify Serbian horror cinema with A Serbian Film should think twice before going into Vampir [+see also:
trailer
interview: Branko Tomović
film profile], the directorial debut by actor Branko Tomović, which has world-premiered at Sitges and is now on release in cinemas at home as well as being screened at the 2021 Trieste Science+Fiction Festival. However, cinephiles who prefer atmospheric, creepy movies over straight-out shock and gore should take notice of this low-budget, eerie take on the myth that originates exactly from where this film was shot.

Arnaut (Tomović) is the child of Serbian parents who grew up in Germany and has arrived in the village of Rujišnik in central Serbia. We will learn later on that he is on the run from some dangerous people, but for the moment, we wonder why he wants to be the keeper of the old cemetery across the road from the house that he is renting from the sassy, forty-something Vesna (Gorica Regodić).

Weird occurrences start unfolding as soon as Arnaut brushes his teeth under the weak, yellow light bulb in the bathroom and spits out blood. On his search for supper in the evening, he comes to what could be the village tavern, except there is no food and the villagers, all clad in black, sit in silence with glasses half-full of what we expect to be red wine, while a group of people are engaged in a circle dance to the creepy sound of a gusle, a traditional, one-stringed instrument. Usually, such folkloric events are all smiles and rosy cheeks, but here, they dance in the semi-darkness and we can hardly make out their faces.

The next day, Arnaut buys bread, eggs and meat, only to find that they have all gone rotten a mere few minutes after he tries to make breakfast. Out of the blue, a villager comes to invite him for lunch, and when he gets there, it turns out he is the only one eating. Seeing something across the table from him, hidden from the audience, he jumps and leaves in fright.

Every night, Arnaut has disturbing dreams (or are they dreams?), which gradually increase in creepiness, with one featuring Serbian screen legend Eva Ras and involving a little-known torture device being particularly scary and gory. After an unsuccessful attempt to leave the village, our hero visits the local church, and the young priest there (Joakim Tasić) seems not to be fully aware of what his parish contains, but wants to help Arnaut.

Vampir's low budget is obvious, but so is Tomović's ability to build an atmosphere with scarce means. The house that the character is staying in is always dark, enveloped in shadows, and when Arnaut finds a book containing black-and-white photos of apparently sleeping people, it takes on an even stronger air of claustrophobia. Mark Ashworth's gusle score is very unpleasant on the ear and is used sparsely so as to achieve maximum effect when it kicks in. Heath McWaters' cinematography viscerally captures the inspired set design and the spoilt, rotten quality of the nature around the old cemetery, turning this place, which is objectively beautiful, into an environment that feels sickly and threatening.

Interview: Branko Tomović • Director of, and actor in, Vampir

"I've always been fascinated with vampire stories coming from Serbia"

Serbian-German actor Branko Tomović debuts as a director with a low-budget, atmospheric and creepy horror film

Branko Tomović debuts as a director with Vampir 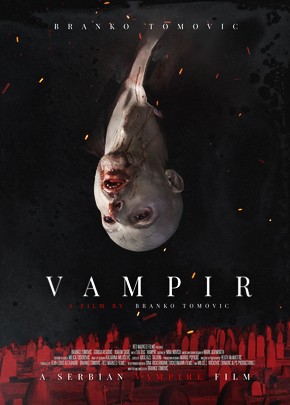 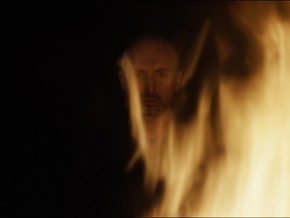 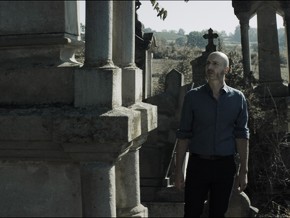 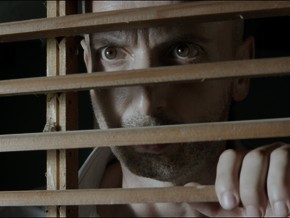 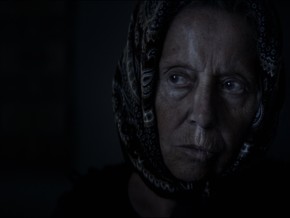 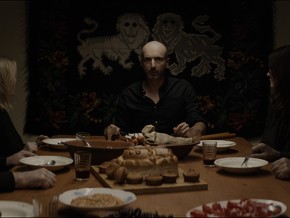