Review: You Are Ceauşescu to Me

There is no doubt that the régime of former Romanian communist dictator Nicolae Ceauşescu was one of the most restrictive and even most brutal political administrations of all time. Hardline ideology blended very well with the personality-cult approach, and this lasted until the end, when he faced the firing squad after the revolution of 1989. Ceauşescu is not a person who is missed by many, and rightfully so, as so many people still live with various traumas (ranging from poverty and surveillance to the fear of jail and execution). But time runs its course, and the former dictator is now just a page in a history book.

Despite its catchy, ambiguous title, Sebastian Mihăilescu’s documentary You Are Ceauşescu to Me has little to do with the titular dictator and his criminal régime, as he is, as a character, relegated to a secondary level in this layered documentary that occasionally gets quite meta. The film premiered at the Ji.hlava Documentary Film Festival, where it was granted the Award for Best Documentary from Central and Eastern Europe, and also won for its cinematography.

Here, Ceauşescu is the protagonist of a film about the days before and during World War II, when he was a young communist climbing the party ranks and a prisoner, long before rising to power. You Are Ceauşescu to Me is a documentary (maybe even an unplanned one) about the casting and filming process behind the aforementioned, untitled, more or less fact-based biopic. The real protagonists of the doc are the young men and women, born in the 1990s and in the new millennium, who were picked for the cast. They do not have their own memories of the dictator or the dictatorship, and their attitudes are rooted in some vague “second-hand” knowledge. What Mihăilescu does is probe their knowledge of the past, but also of the present, so Ceauşescu also emerges as a character, of sorts, in their conversations between the rehearsals.

Mihăilescu, the filmmaker behind a number of shorts, both documentary and fiction, was also assistant director on Radu Jude’s Aferim! [+see also:
film review
trailer
interview: Radu Jude
film profile], so it should come as no surprise that he makes certain references to him, either by incorporating a number of archive photos of people and official documents in his film, or even by creating the framework of a movie inside a documentary, which is not too dissimilar to the devices that Jude used in his more recent works blending past and present, documentary and fiction, and the art of staging. But Mihăilescu should not be relegated to the level of a master’s apprentice, since he has his own filmmaking voice that is certainly shaped by influences, but is still quite original.

This is especially the case in his aesthetic and technical choices, which are usually functional and easily understandable, while they sometimes feel a bit cryptic or even slightly random. The boxy, 4:3 aspect ratio and the black-and-white cinematography emphasising the different shades of grey, handled by Barbu Bălăşoiu, underscore both of the film narratives – the one about the young Ceauşescu and the one about the current generation of young people who seem lost in the ever-changing world. However, some of the shots in colour make perfect sense (actors striking poses from historical photographs, for instance), while the introduction of colour in the ending sequence seems like a thinly veiled metaphor. Nevertheless, You Are Ceauşescu to Me is a bold cinematic work, and the biopic inside it could be one, too, if it were ever finished and released.

You Are Ceauşescu to Me is a Romanian production by Wearebasca, in co-production with Romanian Television and with the financial support of the Romanian National Film Center.

more about: You Are Ceaușescu to Me

918 Nights and Distopia triumph at Doclisboa

Arantza Santesteban's film has won in the international competition and Tiago Afonso's in the Portuguese one; other victors include You Are Ceauşescu to Me, Alcindo and Yoon

Review: You Are Ceauşescu to Me 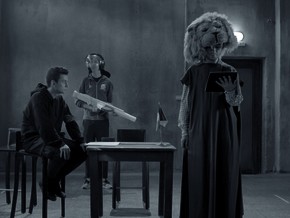 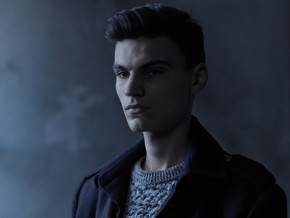 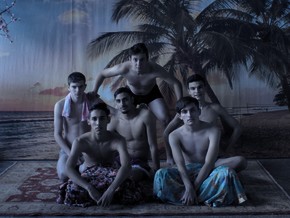 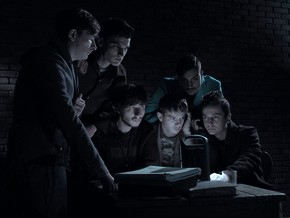