Review: When You Are Close to Me

One of the most popular phrases during the early stages of the pandemic called on the people of the world to keep apart from one another so that we could stay close, suggesting that there were different ways to keep in touch without any physical contact. But for some people, physical contact is a lifeline, and constitutes the only possibility for communicating with other people and the world around them. Laura Viezzoli’s film When You Are Close to Me, shot one year before the outbreak, which has just premiered at the Ji.hlava International Documentary Film Festival and snagged a Special Mention in the Opus Bonum competition, is a film about those people.

Viezzoli opens the movie with the definition of deaf-blindness and the additional implications that multiple sensory impairment can have on one’s physical and psychological development, before taking us to a facility for deaf-blind people and other patients with multiple sensory impairments. The verbal language that the rest of the world considers the norm is just one of the languages “spoken” there; some other ones are quite tactile and demand physical proximity.

The filmmaker slowly introduces us to her subjects, who are all unique in terms of their disabilities and their personalities. Angelo and Santi are two elderly gentlemen who maintain a relationship teetering between friendship and rivalry. Milena is a blind woman with multiple sensory impairments, who enjoys singing. Yousef is a young, deaf-blind, non-verbal boy who is prone to self-harm. Paola is a blind woman with motor disabilities, who prefers books to movies and has a soft spot for old names with religious connotations. On the other hand, another Angelo, who suffers from multiple psycho-sensory disabilities, including blindness, enjoys music and movies, but only those from the 1960s and 1970s.

The title of the film, taken from the song “Il cielo in una stanza”, which has been sung by many (from Gino Paoli to Mike Patton), most of the time serves as a suggestion that both physical and metaphorical closeness is needed for these people if they want to survive in a world where they are deprived of almost everything. It is also sung at one point, slightly out of pitch and out of tune, but that moment, along with the shots of the surrounding nature, is one of the most relaxing in the whole film.

Viezzoli senses their urge to stay close, and she carefully observes both the patients and their carers during the daily routines that, more often than not, could end up becoming frustrating. While doing so, she never interferes with the processes going on, and nor does she overstep the line of the trust that her subjects have placedin her. Although some of the potentially interesting topics concerning their daily lives are avoided, and the technical aspects of the film are rarely outstanding, this 75-minute documentary could serve as an introduction to a largely unknown world where the abilities we take for granted could be considered a privilege. In this case, one could argue that there was probably no other way forward than to make a short, plain, sincere and ethical documentary, and When You Are Close to Me is just that.

When You Are Close to Me is an Italian production by Ladoc and RAI Cinema.

more about: When You are Close to Me

Review: When You Are Close to Me 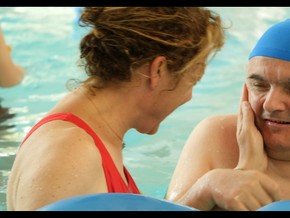 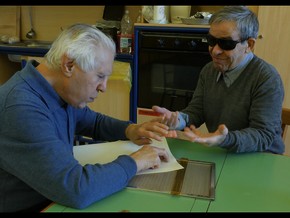 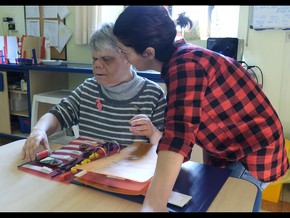 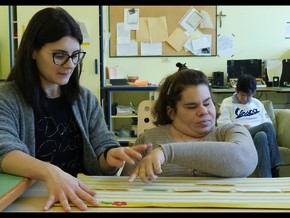 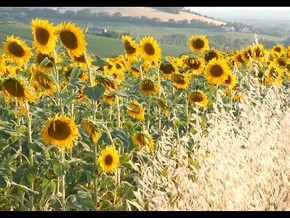