“There’s a ten-year delay in the Soviet Union when buying an automobile,” is how former US president Ronald Reagan begins his speech, “and you put down the money in advance!” The lively crowd begins to laugh, and the stage is set for a nostalgic road trip along the Iron Curtain, a journey through both space and time. The Cars We Drove into Capitalism is a playful documentary about automobiles manufactured in socialist countries, which was directed by duo Georgi Bogdanov and Boris Missirkov. It celebrated its world premiere in the eastern hall of Leipzig Central Station, as part of the Audience Competition at the 64th DOK Leipzig (25-31 October).

After Reagan’s speech, we drift through the mass production lines of these old vehicles, which are slowly but surely disappearing from streetsacross the continent. They’re not vanishing from our collective memory, though, as is proven when we witness an Instagram influencer posing next to one of these gleaming classic cars. It’s the source of her success, turning various Trabant, Lada and Moskvitch models almost into cult symbols. The film continues as a mosaic of similarly passionate portraits, representing a longing for more carefree times. We move from Russia, Bulgaria and the Czech Republic to Germany and Norway. Along the way, there’s not much information given to us on manufacturers, models and dates, but that doesn’t matter: this film is not so much about cars as it is about people. The Trabis, Ladas and Škodas even become characters in their own right, in a way. It’s not hard to project emotions onto their outspoken and organic design. In effect, this road trip explores how the car industry represents personalities and nations as a whole, and more importantly, how these cars have been silent witnesses to the stories of the protagonists and their search for freedom.

One of the most important elements of the movie is its rich array of archive footage, which helps establish the cars of the time as these symbols of freedom. As we hear accounts of people trying to drive from the GDR to Prague in order to reach the West German Embassy, we see impressive footage of hordes of people packing things into their cars and zooming off. And we also see images of political refugees crossing over into West Berlin, welcomed by a cheering crowd after the Berlin Wall fell. Whichever important historical moment you’d care to focus on, these cars were always in the corner of the screen. A Trabant cast in bronze, with four large human legs instead of wheels, is then the artistic culmination of these ideas. This is a film about longing: not only for materialised nostalgia with a numberplate on each end, but also for freedom. And what better object to represent this freedom to roam than a car?

One of the characters owns a museum in Bulgaria filled with Soviet memorabilia. Before the film concludes, we get to read some entries in the guest book. Next to a life-size figure of Marx holding a copy of Das Kapital on one side, and images of shiny Ladas on the other, people wrote how they were overwhelmed by sentiment after their visit, claiming that Bulgaria’s future surely lies in communism. The playful film reminds us of a time when a car was a status symbol that wasn’t easy to come by, as Reagan mentioned. Perhaps this also contributes to the soft spot that the characters have for these old vehicles. It is easy to romanticise the past, and indulging in nostalgia truly seems to be a nice break from having to deal with sustainability and low carbon emissions nowadays.

The Cars We Drove into Capitalism is a Bulgarian-Croatian-Czech-Danish-German co-production staged by Agitprop, Hulahop, Danish Documentary Production and Saxonia Media Filmproduktion. Its international sales are handled by Germany’s New Docs.

more about: The Cars We Drove into Capitalism 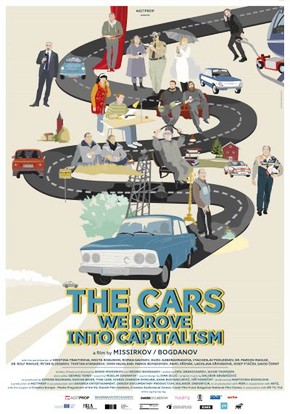 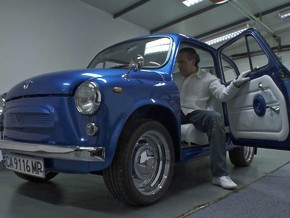 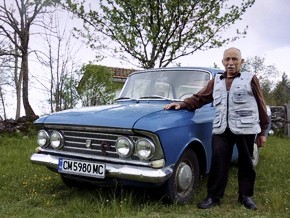