Basque artist and filmmaker Arantza Santesteban's first feature-length documentary, 918 Nights, has world-premiered at Doclisboa and won the festival’s top prize (see the news). True to the event's reputation, this is an experimental, very personal and political film that can be a difficult watch, but its strength and honesty are undeniable.

The film is told in the first person: Santesteban was arrested in 2007 for her affiliation with an outlawed political party that had close ties with ETA. It opens with one of the many scenes in which she dictates what could be termed a diary of memories into a voice recorder. In this first segment, she is sitting in her car and describing the turn of events that led to her arrest.

Formally rigorous and fragmented, the documentary hybrid continues with a section that demands even more focus of us to follow. Now we are looking at documents from the court process being scanned while Santesteban delivers her memories. Next up, we are faced with a bunch of photographs – also being scanned on the screen – and her recollections from her time in prison. Here, the viewer is compelled to notice details such as a cellmate who walks with a limp after her anal sex-loving boyfriend came for a conjugal visit, or how she beat all the muscular men in the prison in a swimming competition.

And then, suddenly, the film seems to open wider with a seemingly unrelated, explicit, passionate and tender sex scene involving two women in a bed – neither of whom we have seen before. This goes on for some time, especially the tender part, and then it just as suddenly cuts to Santesteban in what is, through Mariona Solé Altimira's editing, implied to be the same room. Again, talking into her voice recorder.

This is the basis on which the film operates: a number of extended segments that are connected on an instinctual level, rather than correlating directly with each other. Some of these are beautiful, like the aforementioned sex scene or an inspired sequence of dancing to industrial techno in a club in Berlin, where Santesteban moved to. Some of the other parts are emotionally insightful, like when she describes how a collage of photos that her friend sent her from a fishing trip while she was still in prison made her feel even more isolated.

Santesteban deserves huge respect for such an uncompromising and honest approach. There is no music in the scenes in which she talks; instead, there is a subtle but often menacing-sounding hum or drone in the background. When photos or documents are scanned, we hear the sound of the machine.

Maddi Barber's cinematography is similarly controlled, but conforms to the needs of each particular segment. There is something magical in the way she films the club scene, with very little lighting and skilful use of a handheld camera, making the viewer feel like they are dreaming that they are in the club, watching people dance. Conversely, the sex scene is filmed from only two angles, with a static camera and natural lighting.

918 Nights is a co-production by Spanish companies Txintxua Films and Hiruki Filmak, and its international rights are handled by Almeria-based Begin Again Films.

918 Nights and Distopia triumph at Doclisboa

Arantza Santesteban's film has won in the international competition and Tiago Afonso's in the Portuguese one; other victors include You Are Ceauşescu to Me, Alcindo and Yoon

The new industry programme, an evolution of Glocal in Progress, will present films in development from Spain, Slovenia, Georgia and Turkey 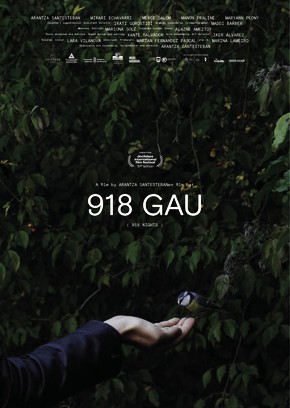