09/11/2021 - Liliana Torres continues to use auto-fiction to explore her intimate sentimental world; however she doesn’t manage to get to the bottom of the story that this format is intended to create

Why do we lose the ones we love? When did what we have start to fall apart? How did we come to this? How did it happen? What was that thing that used to hold us together? Was it as strong as we thought it was? Did we ever really love each other? And, in short, what did we do wrong? These are some of the questions that Liliana Torres (Barcelona, 1980) asks herself in her second feature film, What Went Wrong? [+see also:
interview: Liliana Torres
film profile], which is currently competing in the official section of the Seville European Film Festival.

Along the same lines as her first film, Family Tour [+see also:
trailer
film profile] (2013), the starting point for this new work by the Catalan film maker is auto-fiction: the goal is to create a story about life itself, in this case, about her sentimental experiences, past and present. On this occasion, Torres has made some better choices than for her previous film. Moving between the genres of fiction and documentary, this time she plays herself as she build the narrative of her love life. She travels to meet her ex—boyfriends and record interviews with them for a film. Meanwhile, the relationship with her current partner breaks down.

The film maker asks herself both on and off camera about the meaning of those relationships, about what she thought or expected of them and what they really were, what they could have been and were not, and what they mean to her now. The combination of reality and fiction could aid her goal: to reveal one’s own intimacy in depth, i.e., with its spaces for truth and shadows, and in this way reach the excellent quality of interesting auto-fiction works, the capacity to transcend pure subjectivity. At times she achieves it. Through the main character’s looks and silences, in what she doesn’t say rather than in what she does, there are scenes about her present story that manage to reflect the conflicts that one tends to find in any couple’s relationship.

However, good intentions and one’s own experiences are not enough. It needs to go beyond that. The potential of Torres’ choice of personal, formal narrative are empty, as they fail to get to the bottom of what she is trying to explore and relay, nor the truth she is trying to transmit. Witnessing the encounters between people who supposedly once loved each other, just like the protagonist, one starts to ask what there had really been between them, if anything. The interviews seem to be limited to just making up the shape of the film; there is no sentiment in the characters. The format does not manage to transmit emotion, ambiguity, the complexity that might have been there and which is there is the reality she is basing the film on - doubt, fears, secrets, distance, and the contradictions of those love stories.

Maybe the root problem is that despite the choice of these narrative elements (the interviews with ex-partners) there is no real desire to listen to the other side, to explore and reconstruct that intimacy through both her words and theirs. In short, what could have been an enlightening exercise in the reconstruction of emotional education and a narrative on the reality and fiction in our love stories, ends up becoming a flat and superficial film.

What Went Wrong? is a co-production between Spain and Mexico, by the production companies Matriuska Producciones, Avalon PC, Miss Wasabi Films and D-Raíz Producciones.

more about: What Went Wrong?

"Women are not comfortable any more with having smaller wages than men, and that creates frictions in couples"

Liliana Torres continues to use auto-fiction to explore her intimate sentimental world; however she doesn’t manage to get to the bottom of the story that this format is intended to create 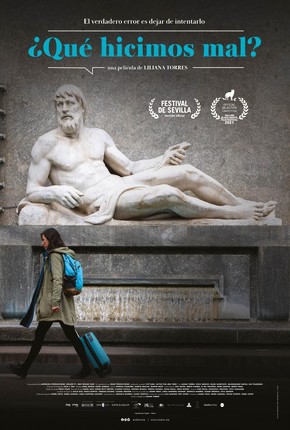 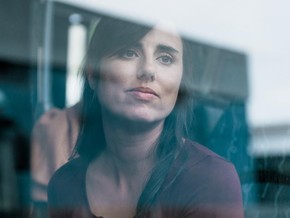