08/11/2021 - Wyatt Rockefeller's sci-fi western set on Mars is not a boring political film about a future environmental disaster, but is able to excite and entertain

Little Remmy (Brooklynn Prince, a Critics' Choice Award winner at age 7 for The Florida Project) lives with her parents on an isolated farm. Her hat makes her look like a rebellious young Quaker girl from 19th-century Pennsylvania. Instead, we are on Mars, colonised by earthlings no one knows when, and Remmy doesn't wonder why the temperature and atmosphere are so similar to those of the green planet she watches in the sky with her father Reza (Jonny Lee Miller, the legendary "Sick Boy" from Trainspotting and TV star of Elementary) at night before going to sleep. Life is quiet between feeding the pig, growing vegetables in the red iron oxide soil and playing with Steve the robot – until three armed strangers arrive. Reza and his wife Isla (Sofia Boutella, seen in Gaspar Noé's Climax [+see also:
film review
trailer
film profile]) kill two of them, while the third is pursued by the head of the family. Reza will not return and in his place comes the survivor Jerry (Ismael Cruz Córdova), who claims his parents' house, accuses the couple of settlers of killing his parents and leaves the woman and child the choice of staying with him and working on the farm or leaving. To go where? What lies beyond that giant protective bubble that looks like the one from The Truman Show?

Settlers by London-based American filmmaker Wyatt Rockefeller – selected in competition at the Trieste Science+Fiction Festival – is a slow-burning but emotionally impactful sci-fi western film that explores two main themes. The first is essentially environmental. The scion of the Rockefeller family of bankers, son of a well-known consumer advocate (Wendy Gordon) and an equally well-known environmental lawyer (Laurance Rockefeller Jr.), in 2007 went to work on Barack Obama's presidential campaign and then at the EPA, the American environmental protection agency, to finally join a clean energy startup in Dar es Salaam, Tanzania. Filmed in South Africa, in Vioolsdrif on the border with Namibia, in a unique and decidedly "Martian" landscape, the film suggests that something has gone wrong on Earth, or rather things have continued in the direction in which we are going, and all the challenges have been lost when it comes to the environmental collapse. This does not make the film a boring political metaphor, because there is enough action, suspense, tenderness and even sex to make a traditional western envious.

The second, and no less hidden, theme is that of gender. The mother's character pretends to submit to the charming "macho" who has replaced the man she loved, i.e. she does what women have done for millennia, especially in "frontier" situations. Her daughter hates her for this, not guessing her strategy. On the contrary, she will have to pick up the baton, so as not to destroy that equilibrium in which man believes he is solely responsible for everything around him and for the good functioning of the universe, and freely becomes a dispenser of justice. When the time comes, a now grown-up Remmy (Nell Tiger Free) will have to fight tooth and nail for her freedom.

Wyatt Rockefeller's sci-fi western set on Mars is not a boring political film about a future environmental disaster, but is able to excite and entertain 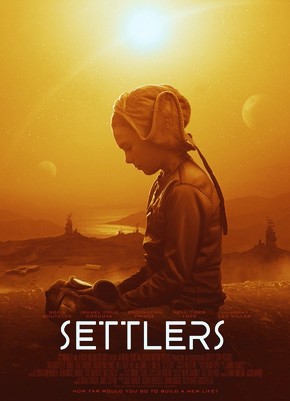 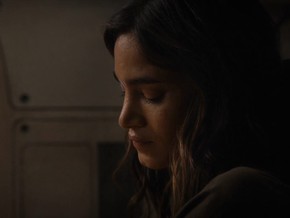 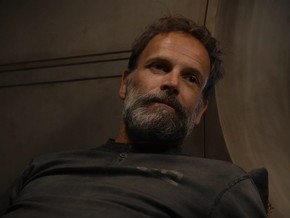