Review: Do Not Hesitate

Joes Brauers, Spencer Bogaert, Tobias Kersloot and Omar Alwan in Do Not Hesitate

Although the protagonists in Shariff Korver’s Do Not Hesitate [+see also:
interview: Shariff Korver
film profile] are three soldiers, this is not your typical war movie, as borne out by the fact that there are barely any shots fired throughout the entire 90-minute running time. The drama, instead, unfolds in the minds of the young Dutch troops as their military mission goes sour. Korver has managed to make a gripping film in which we, as viewers, are witness to trauma in the making. Do Not Hesitate world-premiered at the Tribeca Film Festival and gets its theatrical release on 11 November. It has also been selected as the Dutch entry for Best International Feature Film at the 94th Academy Awards (see the news).

Protagonists Erik (Joes Brauers), Roy (Spencer Bogaert) and Thomas (Tobias Kersloot) find themselves in the middle of a peace mission in an unspecified Middle Eastern country. They are ordered to stay behind with a truck that has broken down and wait for help. As soon as they accidentally shoot a goat and bury it, they start to develop a very unstable and unpredictable relationship with its owner: a local, 14-year-old kid. The mental instabilities of the soldiers start to surface as they don’t seem to know what to do with this very domineering child, who keeps on demanding money and food in Arabic, a language they don’t understand. As the tension ramps up, their helplessness slowly turns into aggression towards each other. As soon as they find themselves with no water, and help is still nowhere to be seen, they become dependent on the kid’s knowledge of the area. At the same time, they feel reluctant to trust him.

Their fear and lack of perspective detach them from reality, something that is felt through the visuals. There are vast landscapes and passing clouds, with barely any life around; it may as well be another planet. The situation spirals out of control as their primal emotions surface and their values become fluid, causing the little boy to become a victim of their conflict.

The scope of the film covers the process of soldiers’ exposure to extreme situations, such as the one that Erik, Roy and Thomas find themselves in. It raises questions about the stress it creates and the way they deal with it. Music is also an interesting element of this, as it underlines the rectilinear approach one might expect of a professional soldier. The film starts behind a drum kit, somewhere in the Netherlands. Erik is still at home and is playing one last time, right before his mission. He is hitting the drums intensely, and his excitement is clearly visible in his focus and his laughter, laying bare his childlike innocence. Later, we realise he had no idea about what it would actually be like. As the plot intensifies, Erik’s steady grip starts to loosen. The rhythm is still heard throughout the film, reminding Erik, and us, of how steady he once thought he was.

The film concludes with the soldiers’ debriefing on Crete, which is mainly considered to be a moment to blow off some steam before returning to the real world. Scenes of the lads moving from one club to another are juxtaposed with tentative therapy sessions. All the drinking, dancing, crying and screaming is a stark contrast with the group session where nobody talks about how they feel. “It’s our job; we’re trained for it,” one of them sums up.

more about: Do Not Hesitate

Interview: Shariff Korver • Director of Do Not Hesitate

“I didn't want to make a film about the bigger picture of the military, but to focus on the experience of being a soldier”

Review: Do Not Hesitate

In its second round of funding, the Dutch film body has granted its support to 23 feature films and five high-end TV series 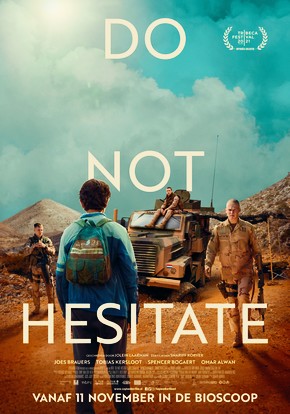 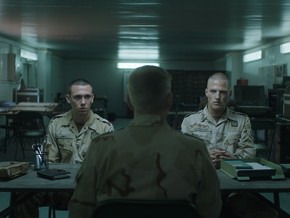