11/11/2021 - David Pantaleón makes his debut as a feature film director with a piece built up as a series of beautiful tableaux vivants, with a story inspired by traditions and rituals

Rendir los machos [+see also:
trailer
film profile], the first film directed by David Pantaleón (Gran Canaria, 1978), saw its world premier at the 18th Edition of the Seville European Film Festival, coinciding with the opening of the New Waves section, one of the most daring and cutting-edge of the contest, run by the restless José Luis Cienfuegos, always up to date with trends and emerging talent, backed up by a team with the same levels of daring, commitment and curiosity.

With a script –not lacking in irony– by Pantaleón and Amos Milbor, Rendir los machos (with a cast of some professional actors and others less so) portrays the conflict between two brothers who, after the death of their father, need to carry out a peculiar mission together: to move seven male goats across wild, arid land and hand them over to their utmost rival. On this journey, naturally, things happen tat will turn the original situation around. And along the way, the audience will enjoy the beauty – a far cry from picture postcards – of some incredible corners of Fuerteventura and Tenerife.

The Canary Islands is also de backdrop for part of the action in They Carry Death [+see also:
film review
trailer
interview: Samuel M Delgado and Helena…
film profile], by Samuel M. Delgado and Helena Girón, a film in which Pantaleón was involved as an actor, as he also did in White on White [+see also:
film review
trailer
interview: Théo Court
film profile], by Théo Court, films that also manage to overcome that tired stereotype of locations being another character. On this occasion, there is even something magical in the use of that well-known flying object, the drone, can play a role in aesthetic harmony (in particular a sequence that makes use of the power of the shadows created by sunlight, over particularly stunning two-tone waters), in line with the rest of the narrative, ceases to be an abusive display for airborne acrobatics, as we have seen a great deal in recent times whenever the action takes place in “incomparable settings”.

Above all, the great value of Rendir los machos lies in the construction of sequences, on those static planes that, set out in the form of tableaux vivants, transform the cinema screen into a huge stage, with natural scenery (with some slight touch-ups) through which these two men travel. That is the greatest virtue and yet the most obvious fault in this film: as you bathe in the serene beauty, it is sometimes too static and contemplative– can make you start to drop off.

Rendir los machos is a French-Spanish production by the companies Volcano Films and Noodles Productions. The distributor in Spain is the company Begin Again Films.

The eighth edition of the Oviedo Contemporary Audiovisual Week, an event where cinema exists alongside other artistic disciplines, is about to unspool, keeping its original spirit intact

Filmadrid returns in full force with its eighth edition

From 8 to 12 June, this avant-garde and auteurist event will be held in the Spanish capital, opening with David Pantaleón's Rendir los machos

This co-production between Vietnam and Germany, directed by Kim Quy Bui, received the Golden Lady Harimaguada for its portrayal of the Asian conflict between the spiritual and material

22 projects to be presented at the fifth MECAS market

Eight films will be introduced in the Cine Casi Hecho section, seven in Cine por Hacer and another seven in Isla MECAS, focusing on audiovisual content made on the Canary Islands

They Carry Death carries home the trophy from Novos Cinemas

918 Nights, The Tale of King Crab and Rendir los machos were some of the other European titles granted awards by the different juries

The festival, which is unspooling from 14-19 December, will screen a total of 24 movies and will dedicate a focus to filmmaker María Pérez Sanz

David Pantaleón makes his debut as a feature film director with a piece built up as a series of beautiful tableaux vivants, with a story inspired by traditions and rituals 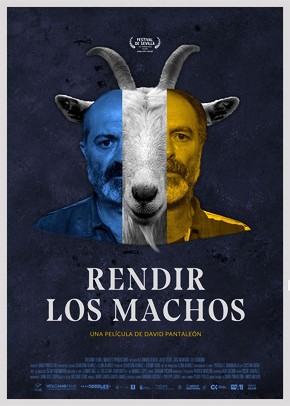 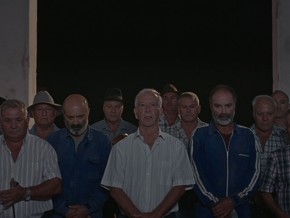 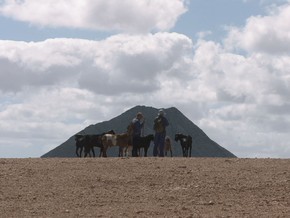 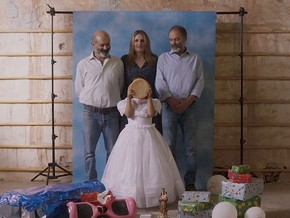 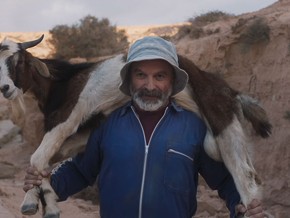